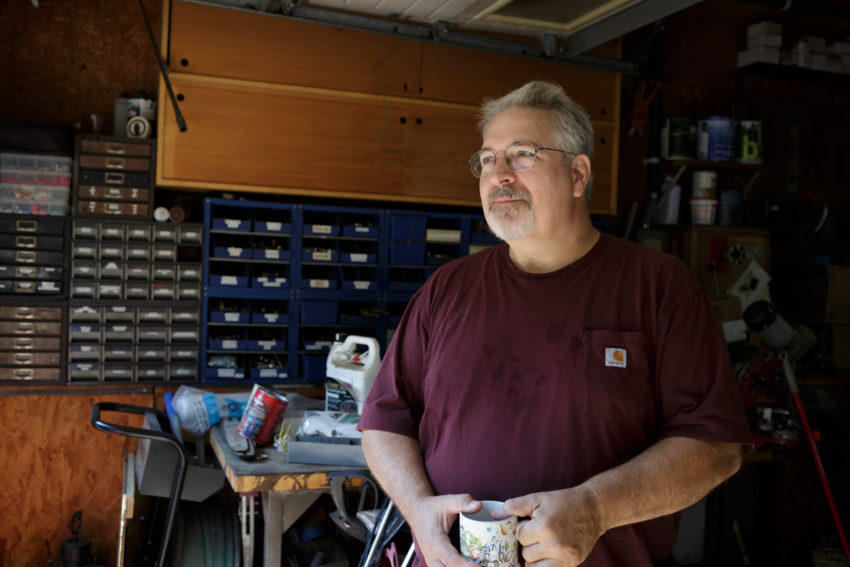 After forty years in Hinesburg, local mechanic David Johansson is leaving town and his self-owned small engine business behind.

I sat down with Johanasson and his wife on a sunny Friday morning, when they told me that they are moving to Florida to be closer to their grandchildren.

Johansson is letting his colleague take charge of his Hinesburg customers. He’ll continue mechanic work with his business once in Florida, but said that he feels sad about leaving his customers in Hinesburg.

“They’re all great, every one of them,” Johansson said. “When they’re happy, I’m happy. [I’ve had] a lot of business.”

Fellow mechanic Russel Spies has known Johansson for about 25 years. Johansson is a well-known mechanic in Hinesburg among those who need their things fixed, which is most people who own property, Spies said.

Spies believes that Johansson’s skills as an electrician set him apart from other mechanics.

“[It’s] the sort of thing you go to a professional and pay the big bucks for, but David knows how to do all that. He’s a very, very smart guy,” Spies said.

Johansson has run such a successful business because he actually cares about repairing his customers’ machines, rather than simply replacing parts, according to Spies.

“He’s the guy that says ‘well, yes, something’s worn out here, but can I fix the worn part?,’” Spies said, “as opposed to just simply [saying] ‘it’s not my problem.’”

After being raised in Connecticut, Johansson joined the Air Force. On January 1st, 1980, he  moved to Vermont, and moved to Hinesburg soon after, running through a handful of electronic technician jobs.

Johansson was fixing his neighbors’ small engines, tractors, weed whackers and other small machinery on the side when his accountant recommended that he transition to full time mechanic work.

“She said… ‘there’s nothing like owning your own business; it’s a lot of satisfaction,’ Johansson said, “so I started doing it.”

Johansson got his Employee Identification number with the tax department, and just like that, he had a part-time business in addition to his full-time job.

“…if you want to call an additional 30 hours a week part time,” Johansson said, laughing. August of 2019, he took his new business full-time. “You wake up early and you go to bed late. It’s simple, you know?”

Hinesburg was an enjoyable and serene place to live, Johansson said. After raising his children there, he feels that they have found great success. His son Kristopher is the Park Wide Audio Crew Chief for Epcot Disney World Florida, while his daughter Kara is being promoted to manager of coding for Orlando Health.

Johansson took us out to his workshop where he fixes all of his machinery. He showed us his chain sharpener for chainsaws. He drank his coffee and looked out the garage door as he spoke.

What Johansson will miss the most about Hinesburg is the people, he said, a sentiment which his customers seem to reciprocate.

“[Johansson] cuts people breaks when there’s no reason to be gouging…He has an extremely strong moral background, which is something that I’ve always admired with him,” Spies said.

“[Johansson] knows what he’s doing. He brought to Hinesburg probably one of the best mechanics in the state of Vermont…We’re losing a good mechanic,” Boutin said.

FEATURED PHOTO: DAVID JOHANNSEN IN HIS GARAGE, WHICH DOUBLES AS THE WORKSHOP FOR THE BUSINESS HE STARTED REPAIRING MACHINERY. PHOTO BY ANYA KAUFFMAN WITH ANNA WATTS.