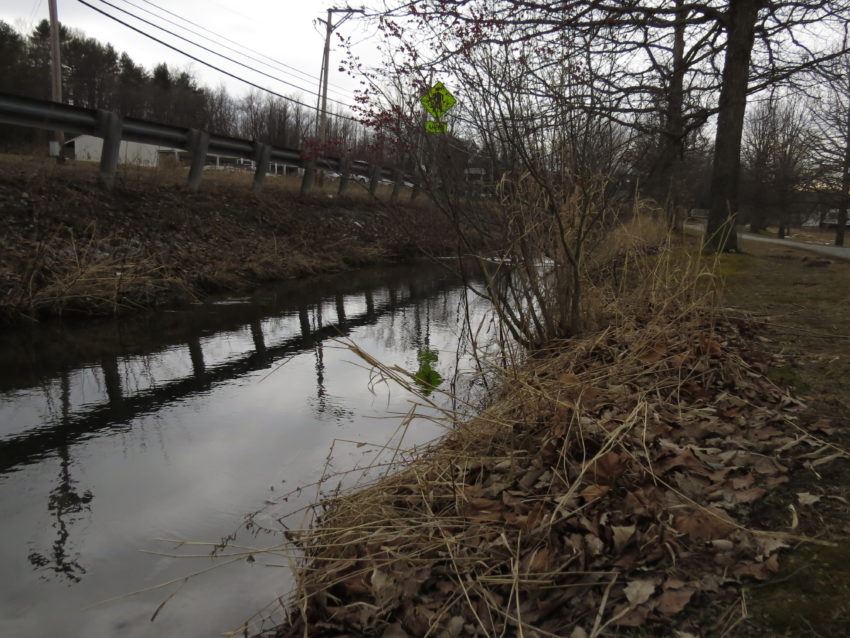 More than three months since Hannaford Supermarkets abruptly terminated its application to build a store in Hinesburg, the reason why the supermarket chain made that decision is still unclear as is the future of the site that remains undeveloped.

“It surprised me, to be perfectly honest,” said Alex Weinhagen, Hinesburg’s Director of Planning and Zoning, of the Scarborough, Maine, chain’s decision in December to walk away from a nearly decade-long fight to put a store in Hinesburg. “There is endless nuance in this whole thing.”

It was 2010 when Hannaford first submitted an application to build a 36,000-square-foot supermarket on a 4.6-acre lot on Commerce Street, also known as Lot 15 in the commercial development. In November 2019, nine years and what likely amounted to thousands of dollars in legal fees later, the company withdrew.

Hannaford’s plans sparked the formation of Responsible Growth Hinesburg, a citizen advocacy group in favor of development that is both environmentally conscious and observant of local perspective.

RGH began lobbying against Hannaford during local permit hearings on the proposal in 2011, arguing that there was a disconnect between the plan and the core values of Hinesburg as a small Vermont village. To bolster its case, the group hired consultants who provided detailed presentations on the project’s potential impacts. The group maintained that the main goal of these initial efforts was education.

“Education is always the answer to everything; good or bad. Education is at the root,” said founding RGH member Johanna White.

A significant part of the RGH presentations was focusing on Lot 15’s wetland status and the stormwater absorption it provides. Another key concern was the potential traffic implications of the project. RGH consultants estimated that at peak time there would have been about 193 shoppers entering and exiting each hour. These trips would have added to an already congested Route 116, according to White, making rush hours even worse.

The Development Review Board in 2012 approved Hannaford’s proposal with a 4-3 vote. This touched off a seven-year string of appeals by RGH, reaching the Vermont Supreme Court in 2017.

The group hired expert witnesses to testify on these subjects. Dumont credited the group’s ability to fund this team as testimony to its tenacity and organization.

“It was a huge, huge effort,” Dumont said. “I mean they had concerts, grant applications — they did everything, they were just amazing at what they were able to do. Because of their success, I was able to hire expert witnesses, who did a great job.”

The group’s first appeal went to the Environmental Division of the Vermont Superior Court where Judge Thomas Walsh upheld the DRB’s approval of Hannaford’s application, but the company’s stormwater permit was rejected for reconsideration by the Agency of Natural Resources.

RGH and Dumont immediately appealed the decision to the Supreme Court, which heard the case in 2017. The high court sent the application back to town DRB for further review. RGH claimed the move as a victory and a win for local decision-making.

Hannaford’s legal team disagreed. Weinhagen recalled how Hannaford argued for the town board to apply the 2010 rules to the reapplication rather than the more current regulations. That disagreement landed the case back in Superior Court.

But for reasons the company has not detailed, last November while Hannaford was having success in pretrial rulings, Weinhagen received an email from Hannaford.

The message from Tyler Sterling, the company’s manager of real estate development said: “Please be advised that Hannaford has decided to terminate its permitting efforts for a new store in Hinesburg.”

Hannaford had scrapped its plans. Weinhagen was shocked.

“I thought, ‘Hannaford is getting the judge to make rulings that are in their favor with regards to how this will be reviewed,’ [and] based on that, it was surprising to me that they dropped the project,” Weinhagen said.

He wasn’t the only one surprised by the move. Steve Giroux is a member of the family that owns the lot. He expressed discontent and frustration with the decision, stating he felt “disappointment that [after] 10 years of trying to get Hannaford in there,” the company decided to pull out.

So far, Giroux said, there are no new projects being discussed. “It’s back up for sale as a commercial lot, like it was before,” he said.

Reflections on an Unrelenting Campaign

Looking back on the years-long fight, White recalled how the RGH members were committed and determined to see it through. “We just kept going,” White recalled. “I never remember the group saying, ‘Maybe we better quit this,’ because we knew we were right!’ We had a lot of good, solid support. We never tried to be duplicitous or roil things up.”

The group gauged its wider support from its financial success. Nine years of fundraising earned RGH $300,000 in grants and donations, with 200 individuals contributing to its cause, according to the group’s website. RGH also received significant assistance from Preservation Trust Vermont.

“Preservation Trust Vermont gave us an umbrella,” White said. As a 501(c)3, the nonprofit collected donations on behalf of RGH.

Dumont, a 40-year veteran of grassroots environmental activist efforts to check development, said the Hinesburg group was particularly remarkable in its perseverance.

“The most important factor is the citizens — they wouldn’t accept defeat,” Dumont said. “They kept educating themselves, educating me, and did a lot of fundraising. The more they got into it, the more sophisticated they became about the issues, and also about how to raise money.”

Today, RGH is its own nonprofit organization with the same mission. And although the battle with Hannaford might be over, the lessons from that victory are not, according to White.

“We want to fulfill a positive role in this town, and I think that our real focus is education. Because we’ve learned so much, we would like to share some of that; we’re not anxious to fight.”

The Future of Lot 15

Since Hannaford’s decision to drop its development plan for Hinesburg, the community has moved on with determining the future of the still empty 4.6-acre plot.

In December, the Select Board offered residents an opportunity to help guide deliberations regarding the official town map and zoning regulations.

The Planning Commission proposed the updated map and regulations which the Select Board needed to approve. One sticking point was an item that involved Lot 15. The proposal called for a “mix of community facilities and wetland preservation/enhancement” for about half of the lot based on a designation by the Planning Commission.

“This official map element was hotly debated, even during the [Planning Commission’s] process and public hearing,” Weinhagen explained.

Originally, the Planning Commission recommended all of Lot 15 be designated for “community facility” — meaning public uses such as parks or recreation. “Based on community feedback, they tried to strike a compromise with only the eastern half of the lot identified, so that the more developable western half would still be available for commercial use,” Weinhagen added.

But the recommendation remained controversial. The December hearing drew 28 people, many advocating for removing this provision. The Select Board agreed and struck the public-use language with a 3-2 vote.

Steve Giroux approved of the Select Board’s decision. He said the designation “was hindering the marketability of it so much.”

Giroux did not comment on whether he and his family members prefer what ultimately happens on the lot.

Select Board Chair Phil Pouech explained that he voted against designating the lot for public use because the new zoning regulations contain requirements for green space to be included in future projects.

“The next developer would have new rules to follow, so I was OK with taking it off the town map knowing that even if somebody was to build something for the whole lot, we now have new greenspace requirements that they would have to meet,” Pouech said.

The updated regulation calls for 10 percent of parcels in Hinesburg’s non-industrial Village Growth Area Zoning Districts — where Lot 15 lies — to be green space.

“I considered [the vote] a way to move that town map forward, which I wanted to do, and the new zoning regulations on green space, and in a way, a compromise,” Pouech concluded.

HEADER: A close up of Patrick Brook, adjacent to Lot 15 and Mechanicsville Road. The brook would have been the primary recipient of the Hannaford development’s discharge, according to a 2018 DRB site plan review. Photo by Alexis Martinez.