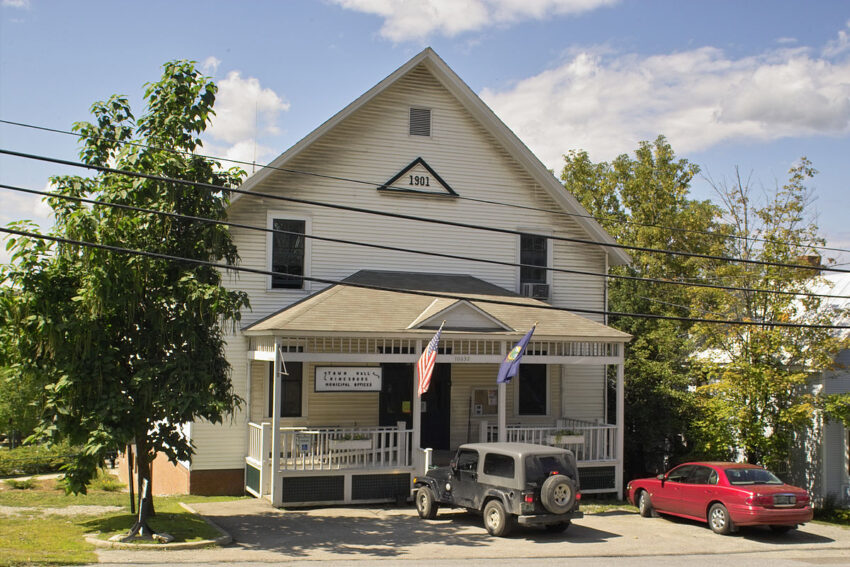 The Black Lives Matter flag was raised over Hinesburg town hall on Feb. 1, after a resolution to display it was passed unanimously by the Select Board.

In a Jan. 26 meeting, members showed their support for the resolution, which proposed an annual raising of the flag from the beginning of Black History Month to the Monday following Juneteenth. Juneteenth is celebrated throughout the United States on June 19 to commemorate the anniversary of the emancipation of enslaved people.

The resolution was spearheaded by the Hinesburg Racial Equity Group, a “committee of concerned citizens who recognize the negative impact of racism and white supremacy culture on the lives of Black, Indigenous and People of Color who live in Hinesburg,” according to their mission statement. Their goal is “to make Hinesburg a welcoming, diverse and safe community for all.”

Only one member, Merrily Lovell, had reservations. In a written statement, she argued against the national Black Lives Matter movement’s call to defund the police, one of the organization’s seven stated demands. She praised the Hinesburg Community Police’s current initiatives of diversity training, de-escalation training and the hiring of social workers. Nonetheless, she expressed support for the movement and highlighted the flag raising as an important first step.

Lovell thanked those who helped her research the movement as she wasn’t originally sure she was going to support the resolution.

A short flag-raising ceremony took place on Feb. 1, streamed live on Facebook and Instagram, with a small in-person crowd. It featured speakers from the group as well as activists from the Racial Alliance Committee, a Champlain Valley Union High School student group promoting racial justice in the district.

Lovell’s notion that this was just the first step was repeated throughout the event.

Select Board member Phil Pouech called the flag raising “a symbolic action” but reminded audience members that more discussions and actions are needed. He also said that those in charge of the status quo have the responsibility to change it and hoped that the flag would remind Hinesburg of its responsibilities.

“We have to listen to BIPOC voices while understanding that racism is a white problem,” said Hinesburg Racial Equity Group member and CVU student Nisha Hickok. “We always have to take action when we see something that requires changing.”

Hickok added, “This flag is completely performative and holds no substance if extensive adjustments to our community are not made.”

She told the audience to look out for more events in the future and check Facebook, Instagram or Front Page Forum for updates. The group already has several events scheduled including a virtual viewing party for the film “13” on Feb. 13 and a discussion of Ibram X. Kendi’s “How to Be an Antiracist” on Feb. 25.

This isn’t the first time a Black Lives Matter flag has flown in Hinesburg. CVU had raised the flag on its grounds three times before this, at the suggestion of the Racial Alliance Committee. This is the first time it has been raised at town hall.

The Black Lives Matter flag will fly until June 21 this year.