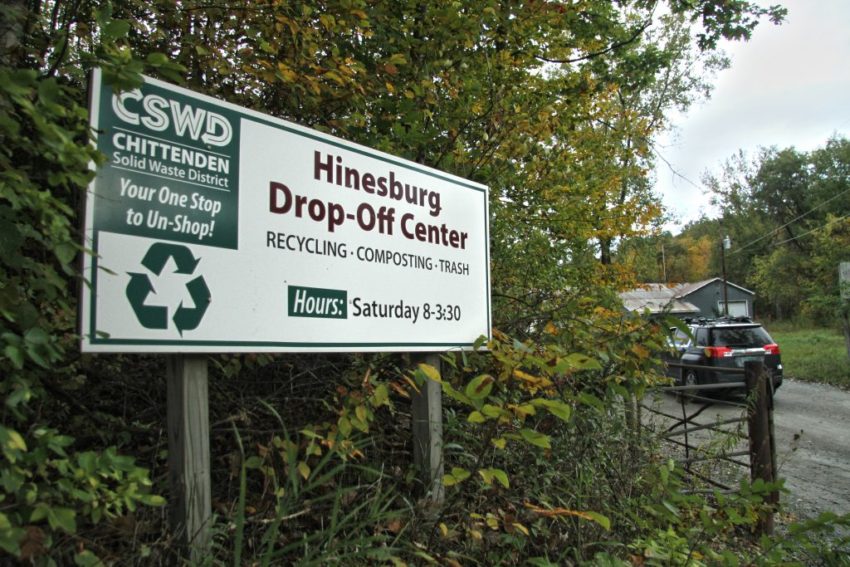 Hinesburg’s trash and recycling drop-off center is expected to return by the end of this year after the Chittenden Solid Waste District recently chose a contractor to rebuild the facility near the town garage.

District spokeswoman Michelle Morris said the Board of Commissioners approved a contract with Stewart Construction of Essex Junction to do the work for no more than $430,000.

Hinesburg town and waste district officials began collaborating on plans for the new drop-off center after the previous facility closed when construction began on the new town garage in October 2017. The process resulted in a new drop-off center design by Lamoureux & Dickinson of Essex Junction.

The district board chose Stewart from five contractors who bid on the project, Morris said. Their proposal specifically demonstrated “an excellent understanding of the needs of the project, project management and an efficient workflow plan.”

Stewart’s initial estimate put the project cost at $424,215, including an added option for a solar array for $12,915, according to CSWD Executive Director Sarah Reeves.

Plans for the center include an attendant booth, two compactors and a roll-off for overflow recycling. A special waste building will be built for containers to collect electronics, batteries, etc.), a food waste container. There also will be spots for yard waste and used oil.

Parking was designed so people could drop-off a variety of materials without having to move their vehicles, according to the project design which has room for 19 parking spots. That should make visits go more smoothly and significantly decrease wait times, said town Development Review Coordinator Mitchel Cypes.

The new design will not have room to collect some of the items previously accepted at the drop-off.  For example, local residents will need to find other places to recycle scrap metal, large appliances and tires.

Hinesburg has a full-time scrap metal operation at Burnett Scrap Metal that waste district officials consider a good option. Other large items are accepted at other district facilities in South Burlington or Williston.

The contract calls for the new center to be constructed within 90 days. Work on both this project this fall and the previous construction at the new town garage have been designed to minimize impacts on the environment, particularly the Beecher Hill Brook.

The garage and drop-off site is adjacent to Beecher Hill Brook where a restoration project is underway funded through a state grant obtained by the Lewis Creek Association.

Marshall said Stewart will coordinate with the contractor for the restoration project, Milone & MacBroom, so that neither effort gets in the other’s way.

“We’ll have good communication going forward and we’ll be able to navigate the two construction projects,” she said.