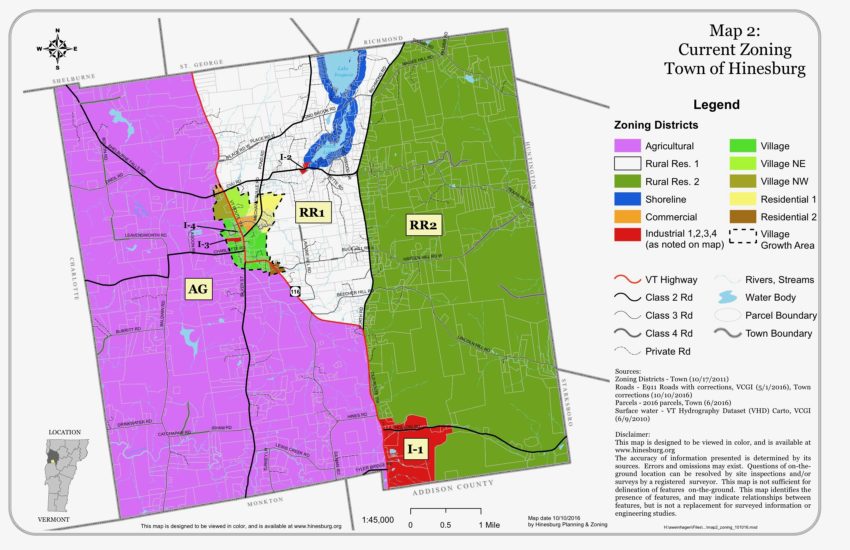 On the evening of Friday, November 22, Hinesburg Director of Planning and Zoning Alex Weinhagen received an email from Tyler Sterling, the Manager of Real Estate Development for Hannaford Supermarkets. It read,

“Please be advised that Hannaford has decided to terminate its permitting efforts for a new store in Hinesburg. We filed notice to that effect with the Environmental Court this afternoon.”

The nine-year debate regarding Hannaford’s proposed store on Commerce Street seems to have come to an end.

Friday night, when Weinhagen and the Selectboard were asked for comment, Weinhagen stated, “We haven’t had time to discuss this or formulate any comments. The Planning & Zoning office is referring all media inquiries on this to Renae Marshall [Town Administrator].”

Since the Hannaford proposal has been in the works for about nine years, there are many references to it in the Hinesburg Record archives, available at hinesburgrecord.org/past-issues. The frontpage headline for the January 20, 2011 issue was “The Proposed Hannaford Supermarket” with articles by Weinhagen and then-Zoning Administrator Peter Erb. Letters to the Editor mentioned Hannaford in the October 20, 2011 and January 19, 2012 issues, among many others. The October 23, 2014 issue has a front page article titled “Hinesburg to Vote on Water System Expansion” that mentions Hannaford.

On February 13, 2018, The Burlington Free Press published an article titled, “Hannaford tries again with new Hinesburg plan” which stated that, “The Hannaford supermarket group filed a slightly revised application in January for a 36,000-square-foot grocery and pharmacy in Hinesburg, seven years and two months after it first applied to build the store. The revision comes after a Vermont Supreme Court ruling in November reversed an Environmental Court confirmation of Hinesburg’s Development Review Board 2012 approval of the original plan.”