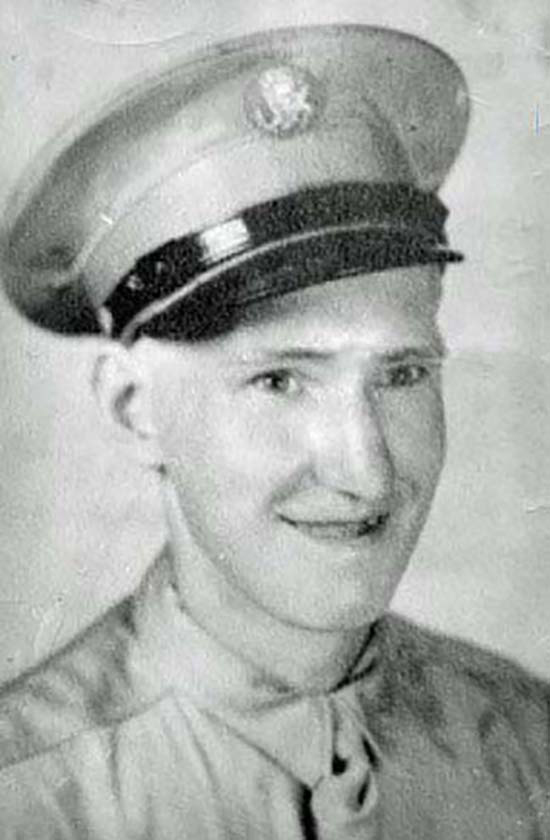 Army Pvt. Alevin A. Hathaway, 20, of Hinesburg, killed during World War II, was accounted for Jan. 14, 2020 as announced by the Defense POW/MIA Accounting Agency on July 15, 2022. Alevin Hathaway, Alwin as his parents meant his name to be, was born in Hinesburg Feb. 6, 1924. He was the fourth of six children of William Hathaway and Lola Burritt Hathaway. Alwin enlisted for active duty in the Army April 15, 1943. In November of 1944, Hathaway was assigned to Company E, 2nd Battalion, 109th Infantry Regiment, 28th Infantry Division.

The 28th Infantry Division entered the Hürtgen Forest in Germany on Nov. 2, 1944. U.S. infantrymen were challenged by stubborn, unyielding defenders, rugged terrain, minefields, few roads, mud and adverse weather conditions. At least 120,000 U.S. troops took part in the Battle of Hürtgen Forest, and an estimated 24,000 were killed, wounded or captured.

Alwin Hathaway was reported missing in action on Nov. 6, 1944. While on a reconnaissance mission, his unit engaged in battle with German forces in the Hürtgen Forest and encountered an artillery barrage. It was determined that Hathaway was killed by a mortar in a fox hole. He was just 20 years old. His body was not recovered, he was officially declared killed in action a year later on Nov. 7, 1945.

Following the end of the war, the American Graves Registration Command was tasked with investigating and recovering missing American personnel in Europe. They conducted several investigations in the Hürtgen area between 1946 and 1950, but were unable to recover or identify Hathaway’s remains. He was declared non-recoverable in December 1950.

A DPAA historian studying unresolved American losses in the Hürtgen area determined that one set of unidentified remains recovered in 1946 from a minefield, near Hathaway’s last known location, could possibly belong to Alwin.

The remains, which had been buried as unknown in Ardennes American Cemetery in 1950, were disinterred in April 2018 and sent to the DPAA laboratory in Nebraska for identification. Scientists used dental and mitochondrial DNA analysis, as well as circumstantial evidence, including fragments of his birth certificate and a paybook found on the battlefield to determine that the remains belonged to Hathaway, missing for more than 75 years.

Private Hathaway’s name is listed on the Walls of the Missing from World War II at the Netherlands American Cemetery in Margraten, Netherlands. A rosette will be placed next to his name to indicate he has been accounted for.

Hathaway received both the Bronze Star and a Purple Heart with Oak Leaf Cluster. The Oak Leaf Cluster indicates he was wounded twice. From the certificates that accompanied his medal, the first is for wounds received in action on August 1944 in France and the second is for wounds resulting in his death on Nov. 6, 1944 in Germany. The family had a choice of burial in Arlington National Cemetery or to have him brought back home. They decided Pvt. Alwin Hathaway will be buried in the Hinesburg Village Cemetery in his family’s lot in September. Thanks to his niece, Star Poulin, for her input in this article.