Pvt. Alwin Hathaway was laid to rest on September 3rd at the Village Cemetery in Hinesburg. His remains were finally identified after 78 years of being listed as missing in action when he was killed in action in Germany during WWII in November of 1944.

The ceremony included a message and prayer from Minister Joan O’Gorman, followed by taps, flag folding and gun salute by the Army Honor Guard. About 25 Patriot Guard Riders and Combat Veterans surrounded the grave with a standing flag line.  Relatives in attendance included his sister Wilma, his brother Wayne and several nieces and nephews. There was also a showing of townspeople and firemen. 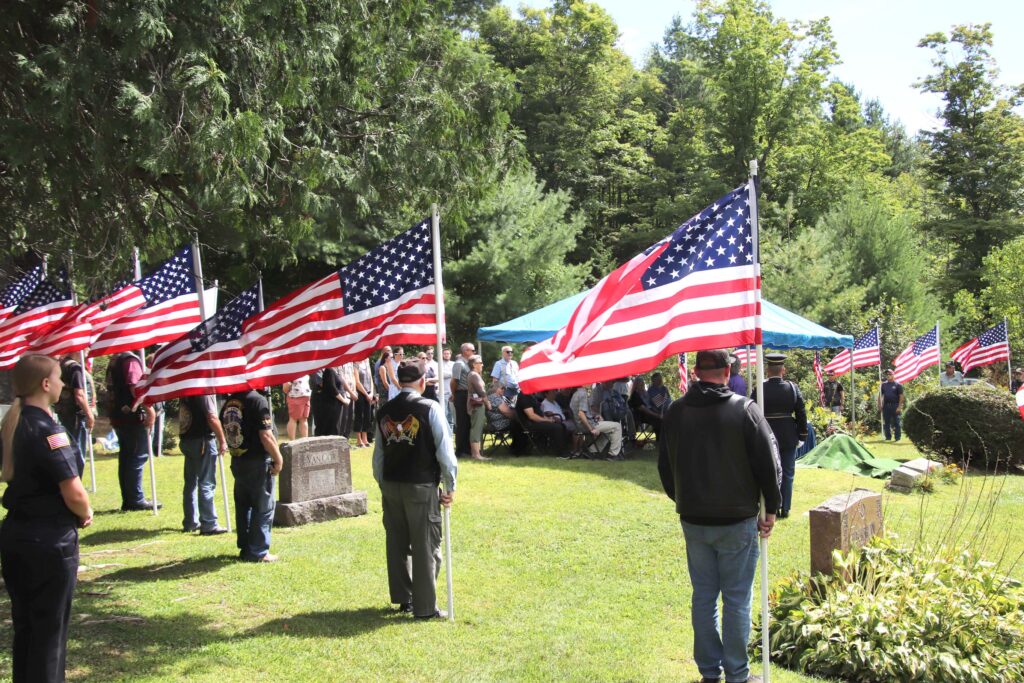 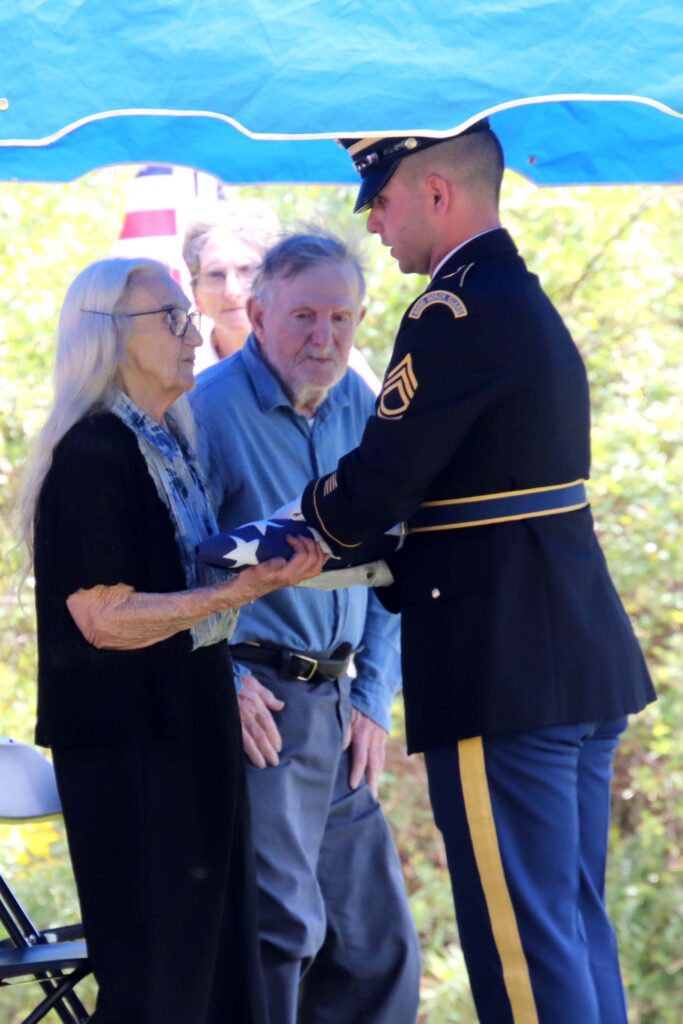 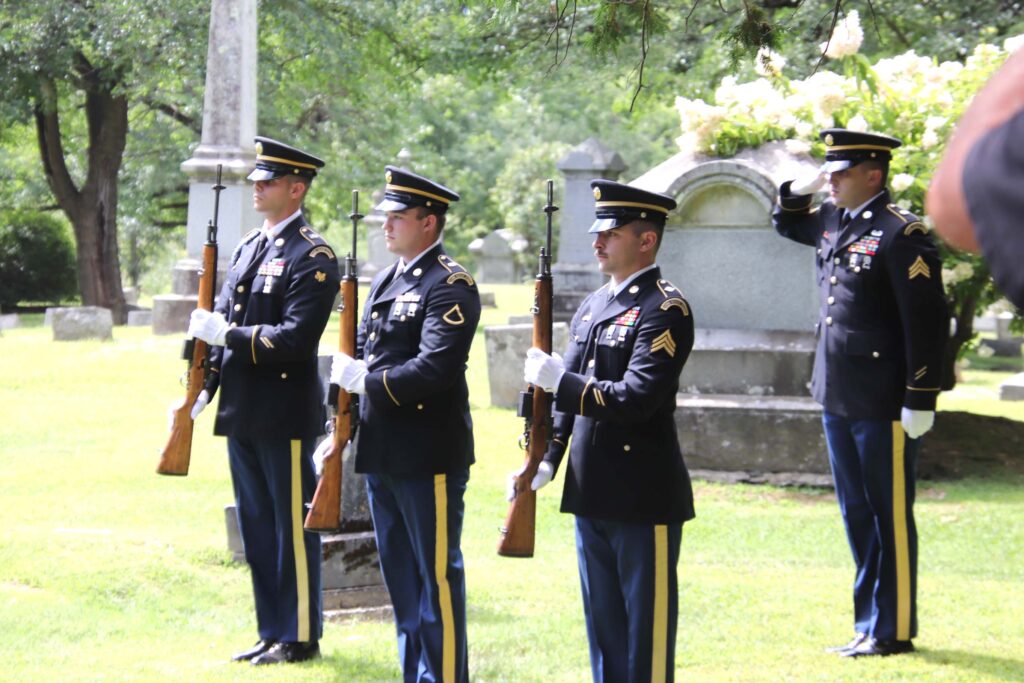