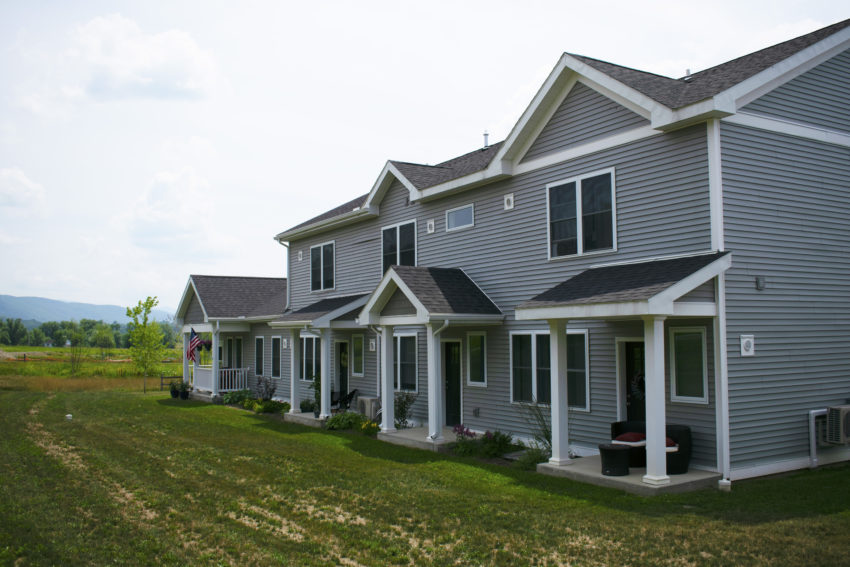 Hinesburg’s Kevin Willard listed his house last fall with no offers. This spring it was a different story.

“The house went on the market on a Friday and we had an offer on Sunday,” Willard said.

Although the first person pulled out of the offer, a second individual had made an offer and in the end closed the deal. The whole process took two weeks, Willard said.

Willard was not sure what to expect in the spring given that they had previously listed their house. He wasn’t sure if it would sit on the market for a month or two and didn’t know how the pandemic would impact people’s finances.

“I think a lot of people are moving out from the city areas towards more rural areas. Which of course makes Vermont very desirable. They likely see that our Covid case count is one of the lowest in the country. Our inventory was already low and it was a sellers market. But with some people hesitant to sell and, or not wanting people going through their homes in the current circumstances it drives inventory even lower,” Duchaine said.

“This market is like none I’ve ever been in,” Duchaine said.

Kimberly Hart, realtor and owner of The Hart Team at Keller Williams Vermont, said that she has seen strong appreciation for northwestern Vermont, especially Chittenden County, over the last several years. At the same time, she has seen great changes as COVID-19 took its effect on real estate.

Another realtor, Rebecca Racine had a different take. “It’s just a market, COVID or no COVID. If you have a great location and the house is at the right price, it will sell quickly,”  Racine said. “I don’t think it’s vastly different. I think there’s been an inventory shortage for a while. And I don’t know that it’s vastly changed except for guidelines and things like that, that we have to follow state regulations,” Racine said.

One thing that Duchaine, Racine, and Hart can agree on is that if sellers list their homes and list them at the right price, the home will sell quickly due to an incredibly low inventory. “Things that sat on the market before will now sell,” Duchaine said.

COVID makes homeowners wary of selling because they are worried for their safety and that of their family, according to Hart.

“You have movers coming within your house. You know, a lot of people coming and going. And it’s just overall a health concern.” Willard said.

While COVID has made more homeowners reluctant to sell their houses, it has also driven up the desire to own a home, in particular in Vermont. Low confirmed cases of COVID have drawn out-of-state buyers as well.

Hart said she finds Hinesburg in high demand and that a lot of people don’t want to leave due to its rural nature mixed with small town feel and great community.

“People are looking for the elbowroom, frankly, and Hinesburg is just really attractive.” Racine said.

With the realization that people can work from home, many are valuing a bigger home over a location near their offices or workplaces, which explains the shift away from more densely populated areas and towards more rural country property, said Hart.

“In regard to COVID, I hear that people are wanting to possibly be able to live off the land—have their own chickens, have their own vegetables and things like that, should this quarantine happen again. So, there’s a little bit of a mindshift as far as that goes,” Racine said.

Hart has had renters who were previously content in their rental looking to become homeowners, seeking a sense of certainty that is especially desirable during a pandemic.

“[COVID-19] made people want for more of a secure home and a bigger stage so they can have more space for their office and their children and yard to play in. I think that’s really the impact on people wanting their own property,” Hart said.