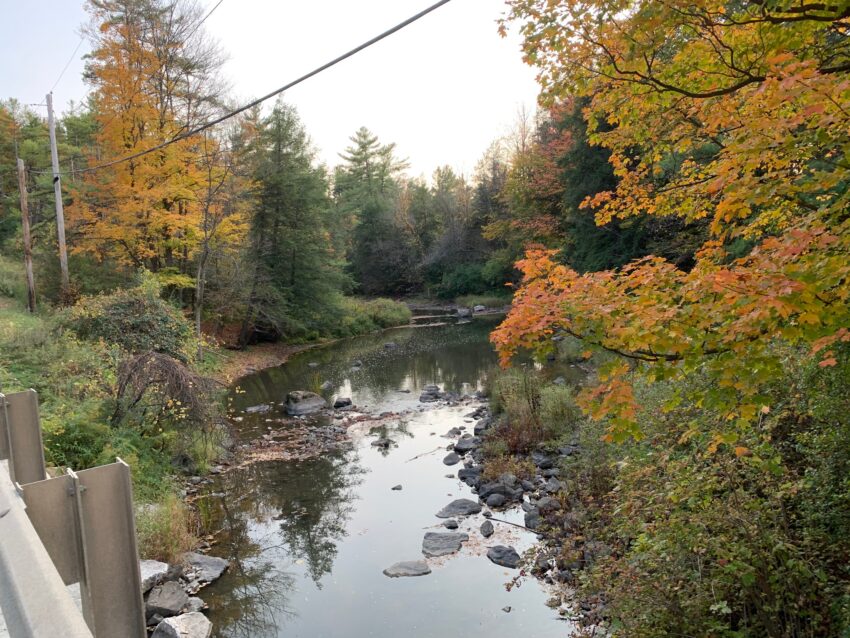 Hinesburg residents will vote Nov. 3 whether to approve an $11.7 million bond to build a new wastewater treatment facility.

If the project is approved, sewer system residential ratepayers will face about a $30 per month increase in their wastewater bill, likely starting in 2025.

The need for a new treatment plant arose when the state required Hinesburg to reduce the amount of phosphorus and ammonia in its wastewater discharges to the LaPlatte River. The town’s existing 50-year-old treatment facility, a lagoon system, cannot meet the new standards, which are part of a state plan required by the U.S. Environmental Protection Agency to reduce phosphorus pollution of Lake Champlain.

“It’s an old style, simple lagoon, which has served Hinesburg well for many years. But it’s not able to take out the amount of phosphorus that’s necessary,” said Merrily Lovell, a Hinesburg selectboard member.

Selectboard Chairman Phil Pouech noted that stormwater runoff — not the wastewater treatment facility — is responsible for a majority of the phosphorus in the LaPlatte. “It seems like we’re forced to put in a new system at a lot of money and it’s not going to do a lot to solve the phosphorus problem” he said.

The engineering firm Aldrich and Elliot advised the town to replace its aerated lagoons with an upgraded system that provides a better degree of treatment with two tanks that improve water quality without the use of chlorine. The system is also expected to be more energy efficient.

Erik Bailey, the superintendent of the Hinesburg water works department, wrote in an email that the new system is called a Sequential Batching Reactor system, or SBR for short.

“Through much research, we chose the system by Aqua Aerobics due to both it’s capital costs and it’s ease of operation, excellent treatment, and redundancy. SBRs are adept at tertiary treatment; removing biological loads, solids, pathogens, nutrients (P, ammonia), and even many emerging contaminants such as pharmaceuticals.”

The plant will also have a larger flow capacity, in order to accommodate potential growth in Hinesburg, Bailey said.

According to Bailey, there are about 450 sewer accounts, which is a fairly small fraction of the town’s roughly 4,500 person population.

Due to state rules, the town is required to put the total $11.7 million cost for the bond on the ballot. The town will only borrow what is needed to pay for the new facility after all grants are received.

The bond would be zero interest over its 30-year life span. “Even when we borrow, say $5.5 million… we don’t have to pay any interest, which saves us another four or five million over the life of the bond. This is turning out to be a good deal for the town,” Pouech said.

Either way, the new wastewater system is an expensive necessity, Lovell said.

“We’re in a very difficult situation, an uncomfortable situation, and we don’t have really any choice that I can see besides swallowing this bitter pill and paying this money,” said Lovell. She said, too, that she is grateful for the funding they have been able to find to cut down the cost.

Many involved in the project cited the efforts of Renae Marshall, the town administrator, in finding so much funding for the project.

Users of the wastewater system will be responsible for the yearly loan payment of $109,000. Hinesburg residents with their own on-site septic systems will not be affected.

Pouech said the town faces consequences if the bond is not approved. Come June, some of the grants the town has been able to acquire will no longer be available. The state could also fine the town since the current facility is not able to meet the standards in the new discharge permit.

“Either way, we have to do it. You can’t not meet a permit…and I think the state would fine us because they would get fined by the EPA,” Pouech warned.

Pouech was unsure how big the fines might be, but he said they would be large enough to hurt.

“It wouldn’t be a very small amount, otherwise towns wouldn’t follow through and do what they needed to do,” Pouech said.

The new treatment plant will be built on the site of the current one on Lagoon Road, although the site’s soft clay soils present problems. Pouech estimated that it will cost $2 million to prepare the soils so that the land can support the structure. The town and engineering firm looked to put the plant elsewhere, but in the end, the current location worked best because the sewage pipes already go there, Pouech said.

Construction of the new wastewater treatment facility is estimated to be completed in the summer of 2025 if the bond is approved on Nov. 3.

Those wanting more information can find details on the town website or contact a selectboard member with specific questions. There will be a Zoom-based public information meeting about the bond on Oct. 28.