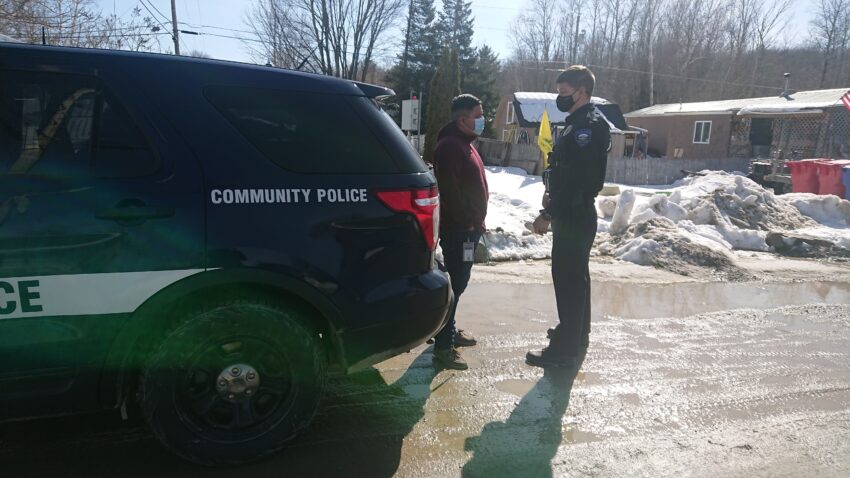 Hinesburg was one of only seven Vermont towns included in a recent UVM survey of nearly 100 towns that saw their police budget increase by more than 10 percent at this year’s Town Meeting Day. The vote was contentious, but there has been broad support for one line item in the police budget: the new partnership with the Howard Center’s Community Outreach program.

Hinesburg Police Chief Anthony Cambridge called it his “favorite increase as it provides an amazing service to our town residents.”

Howard Center is the designated provider of mental health and developmental disability services and the preferred provider for substance use services in Chittenden County.

The Hinesburg budget allocates $7,365 to the partnership with the Howard Center, which began on January 1, 2021. That allocation will cover half of the yearly contract. After salaries, it accounts for most of the police budget increase this year.

Hinesburg joins eight other towns in Chittenden County in their collaboration with the Howard Center. Currently, there are four to five people who work in the county on behalf of the Howard Center and two supervisors who also have roles in the community. These workers aid the police departments in their responses to people who require social services. If someone is suicidal, for example, the police will go and make sure the person is safe and that they get the immediate help they need so that they’re not a danger to themselves or others. In the past, there were no police services in place to follow up to ensure that the causes of their crises were being addressed.

Deanna Ryerson, Ph.D. is the director of crisis at the Howard Center. Ryerson agrees that “social workers and family/mental health specialists are just better fit than law enforcement to handle certain issues.”

She explained that in rural communities, people are often disconnected from social services. They might not understand how to access these services, have transportation challenges, or have resources to access them when paying for transportation is too much of a burden.

“There’s a history of unnecessary law enforcement utilization and unnecessary hospital utilization because people call 911 or show up at the emergency room when really, that isn’t the most appropriate service,” said Ryerson.

The partnership has already had a big impact on Hinesburg, according to Chief Cambridge. “I think we used them 27 times in the month of January.”

“There is something to be said for a plainclothes person, someone who may be less intimidating, that can work more effectively with families and have a more trauma-informed response to someone who might have a mental health or behavioral health challenge,” said Ryerson.

On March 2, Hinesburg residents voted to increase the police budget by 13.22 percent, in a year when many Vermont towns found ways to reduce their budgets.

According to the University of Vermont’s Community News Service (CNS), which conducted research on police budgets across the state, overall spending on police budgets went down by .45 percent this year; 47 towns increased their police spending; 21 decreased; and 7 remained the same. Of the towns that increased their police spending, only seven went up by more than 10 percent; Hinesburg was one of them.

Chief Cambridge said that this year’s increase “shows that the town really has faith in us. And that people know that we are a police department that is doing the right thing.”