One of the special things about winter hiking, snowshoeing or skiing around Hinesburg’s many trails is the connection to winter’s solitude and beauty. But whether we’re in the hills or next to the LaPlatte, we aren’t really alone no matter how quiet it seems. Winter wildlife surrounds and struggles to survive in Hinesburg’s snow-covered forests and fields through the coldest nights. Many earthbound animals grow more fur, add fat and hide under the snow as much as possible. But what about birds in the bitter cold? How do they survive? Here are just a few examples discovered by scientists about the many ingenious strategies that birds use to make it to April.

Crows often gather in larger flocks as winter approaches. One advantage is that “many eyes” from the flock are more likely to spot food than the eyes of only two or three birds. Flocks help crows share the locations of newfound food sources too. It’s not that they hold formal briefings every morning to discuss food — it’s more likely that the flock follows some members around who found something special by luck. Other birds like chickadees become feeding groupies too. It’s kind of like a big family holiday dinner, except that it lasts for four months instead of four hours. Yikes … no wonder they can get grumpy around the feeder!

Some birds become more willing to share what they’ve found. Sharing a meal helps ensure everyone gets what they need all winter even when they haven’t been lucky in finding food. One example is ravens who loudly defend their food against competitors all summer — including other ravens — but who are much more willing to share in the winter.

Store or Cache It — And Remember …

We know squirrels do this and then spend the winter stealing food from each other by finding each other’s caches — mostly by luck. But chickadees take caching food to a far higher level. They can cache tens of thousands of seeds a year and place seeds in their own hiding places. Some chickadees have been observed caching 1,000 seeds in a single day.

This caching of seeds would be inefficient for chickadees over their large winter territories — often covering 10 square miles — except for one amazing capability: their memories. Apparently, the chickadee can not only remember where they cached the food, but also what types of food were cached in different locations. They even know which caches they have already eaten, so they don’t waste energy returning to check out empty caches. Wouldn’t it be great if we had those skills for finding our car keys?

How chickadees can remember so much is just as amazing as the skill itself. Colin Saldanha, of Lehigh University, explains in his research that the chickadees’ hippocampus — the part of the brain with memory cells — grows every fall by around 30% by adding more nerve cells to expand memory. And then in the spring the hippocampus shrinks as a kind of memory dump. Researchers believe that the seasonal shrinking of certain brain cells cleans out memories of past food locations from the previous winter. So now the birds can start each winter with a fresh set of memory cells to recall where they put food!

Grouse forage in the tops of trees to quickly pick enough buds during the day — in as little as 15 minutes — to have enough food calories to burn and stay warm overnight. The problem is what to do with all those seeds until they’re needed later? Researchers found that grouse have a kind of built-in pantry. It’s pouch — called a crop — that’s built in as a part of their esophagus to store the extra food.

We know birds are warm-blooded and have much higher metabolisms that deliver higher body temperatures than humans. Their temperatures vary a lot but the average bird’s body temperature is 105 degrees. It’s especially tough for smaller birds to be energy efficient enough to stay warm by eating available food. How do they do it?

Turn Down the Heat

One biologist, Susan Smith of Cornell University and Mount Holyoke College, says that chickadees are an example of birds that “go into regulated hypothermia that enables it to actually lower its body temperature, in a controlled manner by about 12 or 15 degrees F below its normal daytime temperature.” Lower temperature requires about 25% lower metabolism — the bird’s furnace — and this means less fuel used from fat reserves and daytime feeding.

The above metabolism changes work for the birds’ core body — but what about their exposed skinny legs and feet? Actually, their legs and feet do get very cold. Their foot temperature is regulated to be near the freezing point and may stay cold most of the winter. Blood flow is reduced by constricting the veins that carry the blood to their feet — a smaller pipe carries less warm blood and loses less heat. But a chickadee’s feet still get a blood flow which would cause major heat loss except for another engineering feat: they have a natural heat exchanger. The warm blood veins that bring warmth to their feet run next to veins of colder blood returning from the feet to the body. The heat is transferred, so much of the heat that would otherwise be lost to the cold air surrounding the bird’s uninsulated feet and legs is captured and returned without being lost. Many other birds — like ducks — have similar biomechanisms.

On sunny winter days, many birds take advantage of solar heat. They do things like turn their backs to the sun and raise their feathers slightly. This allows the sun to heat their skin and feathers more efficiently. Wings may also be drooped or spread while sunning, and the tail may be spread as well. The more surface area birds can expose to the sun, the faster they heat up.

Many birds of all sizes must build up fat reserves — both as insulation and for extra energy needed to keep their metabolism — their furnace — going strong. This happens both before winter and every day during the winter. University of Alaska Fairbanks biologist Susan Sharbaugh showed that the chickadees gain an additional 10% or more of their body weight each day. Then these birds shiver all night to keep warm, losing the 10% increase that they gained during the day. For a 150-pound human, this would be like cutting their body weight by burning up about 15 pounds of fat from just one night outside. Imagine if humans could do that, but not forage all day long to gain it back like birds do? What a New Year’s diet!

We’ve only touched on a few of the amazing strategies and engineering feats that birds use to survive winter. But even a few examples leave us with more reasons to admire what birds bring to life — both theirs and ours. We hope you’ll find time to experience the ways of winter wildlife and the peaceful beauty on Hinesburg’s trails over the next few weeks. 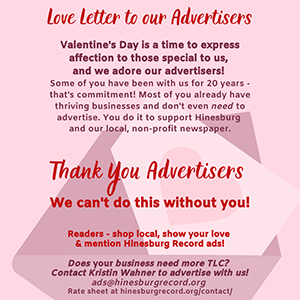