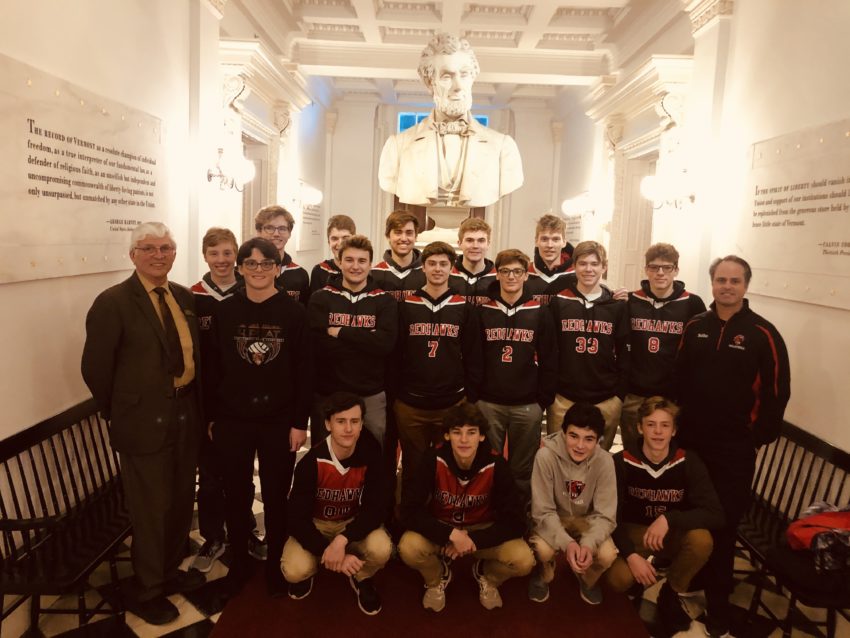 It’s not every day that the state Legislature stops in its tracks to salute dozens of high school athletes.

A few days later on Jan. 28, the boys volleyball team made the trip to the State House in Montpelier to hear the reading of their resolution and to accept the honor on behalf of their fellow athletes.

The resolutions were offered by local state Reps. Bill Lippert of Hinesburg, Mike Yantachka of Charlotte, Jessica Brumsted and Kate Webb of Shelburne, and Terence Macaig and James McCullough of Williston.

The full texts of the resolutions also can be found online on the legislative page at vermont.gov.