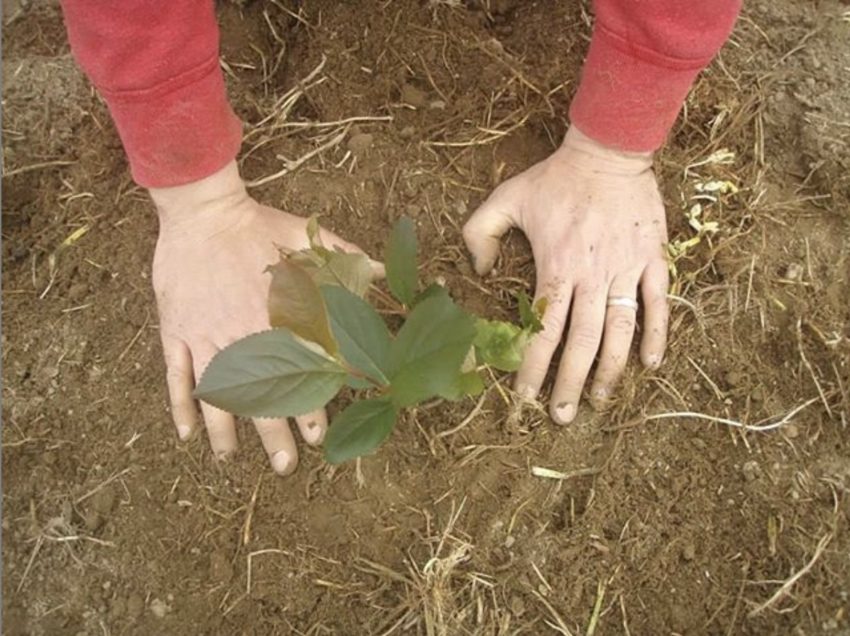 When I contacted Matt Sayre to tell me his story about creating Shrubbly, one of the first things he recalled was standing in a field in Hinesburg taking soil samples with an agriculture extension agent. That’s where Matt broke out in hives. He had been searching for months for a piece of farmland that he and his wife could afford, and he thought this might be the one. He had never had hives before, and hasn’t since. Matt explains “I guess I was really stressed about the prospect of uprooting my wife and two daughters from our happy little home in the New North End of Burlington to move to the country, build a house, and try to start a small farm and food business which I knew very little about.

“My life was already my dream come true. How could I want anything more?”

While grateful for the life that they already had, Matt and Amy both wanted their kids to grow up in the country, and Matt had this entrepreneurial drive that Amy recognized and has always supported. So, those hives and the long row to hoe didn’t stop them. That was 2010 and although they had an offer accepted for the purchase of those 25 acres, they didn’t end up there. They pulled out of that offer hoping to find an even better place to grow. Thankfully not long afterwards, Matt saw a listing on the Hinesburg Land Trust’s website for a beautiful 15 acres that the HLT had worked hard to conserve for agricultural use. After writing a detailed proposal describing their vision for the land and progressing through a careful review process, they were offered the opportunity to purchase the land. They put their house on the market, sold it quickly in November 2010, and needed to move over the holidays into a rental place somewhere to be determined in Hinesburg. They learned more good news at that same time: Amy was pregnant and expecting their third child in September. Luckily, they found a place to rent for six months on Baldwin Road, and in early February 2011, they closed on the land. Now they owned the land, had a place to live through the end of June, and a baby due in September. “Still no more hives yet?” I asked Matt. “Nope,” he replied. They would just live in a camper for a couple months on the land after leaving the rental house on Baldwin. No biggie.

Matt stops his story and gets teary eyed as he explains that the only reason any of this even felt possible is because of the strength and support of his wife Amy. Although she was content in their first home, she saw his vision for the life they could build in Hinesburg, and liked it too. It was a long shot and would be a lot of work, but she was all in to make this happen. What that meant was taking care of their two girls and everything else mostly without Matt for six months while he worked on building the house. To save money he needed to do a lot of the work himself, while he also worked full time at UVM. Miraculously, they were able to have a room ready in the house for Amy and the new baby just one week before their third daughter was born in late-September 2011. It was time to move out of the camper.

Now that they were in the house, Matt could keep building it around them, and start to work on building their small farm. Over the winter as he researched fruit crops that were resilient and easy to grow for a novice like himself, he came across a research project at the University of Maine and the University of Connecticut focused on Aronia. He learned that the Aronia berry (also known as the black chokeberry) traditionally functioned as a treatment for colds in Native American medicine. Although they have long been known to offer healthful benefits when consumed by humans, they were not being grown by many farms yet, and the project was trying to introduce Aronia as a new sustainable crop. After the family attended a workshop in Maine, they were in. In May 2013, they planted their first Aronia plant. Fast forward through several years of satisfying work and lots of support from the Hinesburg community, which brings us to today with their new product line called Shrubbly sitting on local shelves at Lantman’s, Good Times Café and Parkside Café. They have been bootstrapping it to get to this point but needed more money to get going, so in late 2019 they took out a big loan from the Hinesburg Revolving Loan Fund and were finally able to launch on the memorable date of 02/20/20.

As Amy says in a video about Shrubbly, “It didn’t stop him or the many other entrepreneurs out there, though. They press on and find a new ways to create and do for us the things we need and love. Now instead of delivering Shrubbly to cafés, he’s giving our 15-year-old daughter driving lessons while they deliver cases of Shrubbly directly to people’s doorsteps. This really isn’t such a special story. It’s actually a common story of people bootstrapping it in America, and their communities supporting them. And that’s why our future is bright.” Matt is quick to add, “It’s really true. We wouldn’t have made it this far without the help of a greater community who believed in what we set out to do. We may not have had quite enough money to get going, but we got going anyhow and thankfully a friend always seems to appear at the right moment to lend a hand just when we need it most. We know lifting yourself up by your own bootstraps is impossible. That’s why we need each other.

Communities give people the opportunity to thrive. There is no better community than Hinesburg for that.

Just to give you one example of how awesome this town is, last summer we donated $10 per bucket to the Hinesburg Community Resource Center for each bucket of berries picked by Hinesburg community members. They helped the HCRC by helping us. We are so thankful to be here.” Maybe that’s why he hasn’t broken out in hives since that day 10 years ago when they started all this.

More About Shrubbly Shrubbly is sparkling water with bold flavor from a healthy shot of an old-time mixer called a shrub. Yep, shrub + bubbly = Shrubbly. They make three flavors locally, two of which are made from the organic fruit they grow at their small farm in Hinesburg. It’s a daily apple cider vinegar wellness shot in a delicious nonalcoholic drink. They have a homemade one-minute video that tells a bit of their story on Instagram.