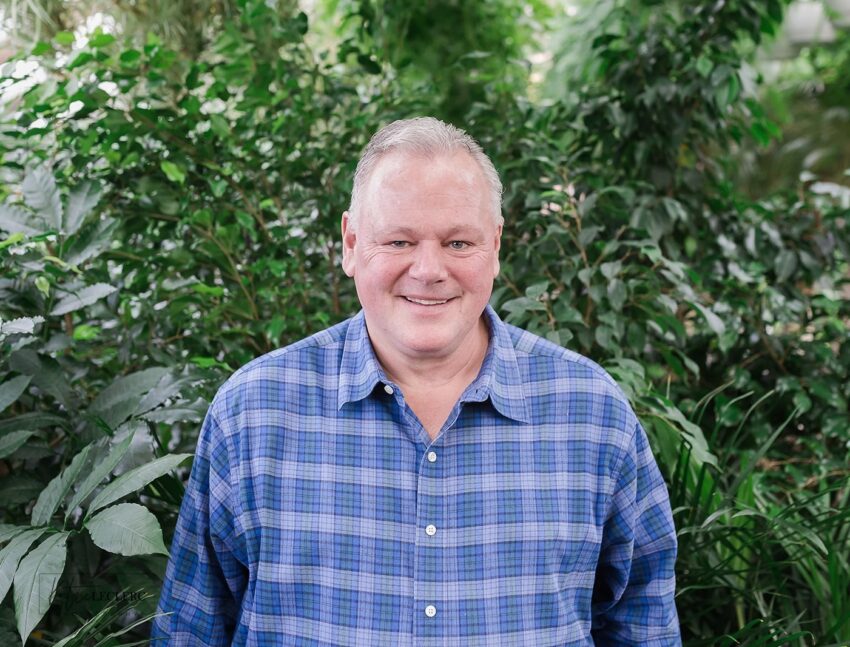 Chris Conant has been a member of the Lake Iroquois Association (LIA) since 2016, but his history with the lake goes back much further. Conant’s parents built a camp on Lake Iroquois in 1956. Summers were spent there and when he and his late wife bought the camp right next to it about thirty years ago, they knew there would be many more. Conant’s two brothers also live on the lake.

As president of LIA, Conant leads the membership-based association in its efforts to promote the enjoyment of the lake and protect the surrounding ecosystem. Residents, landowners, and community member users of the lake pay annual dues, and the 13 board members represent them.

In his fourth term as president of the association, Conant described the mission of the association as working “to educate users and landowners on how to prevent the spread of invasives, but also to educate them on the ecology of the lake and how to protect it so that it can be around for generations to come.”

Stopping the spread of invasive species has been a primary focus of the association’s efforts and the state has recognized its Greeter Program as one of the best in Vermont. Located at the boat access, the Greeter Program is used to inspect water vessels like boats, kayaks, and canoes for invasive species, or species not native to the lake. Often, users go from lake to lake, so pressurized hot water is used to rid the vessels of anything that could harm the Lake Iroquois ecosystem.

The association has taken several steps to remove these species from the lake. To remedy the swim-area watermilfoil infestation, they enlisted divers to go down and remove it by hand from its roots at the bottom of the lake. They also put benthic barrier mats down on top of the weeds, which kill the vegetation by blocking its access to sunlight. Because both of these efforts require volunteers, the association did not deploy these mitigation strategies in 2020 due to the challenges posed by COVID-19.

Educating homeowners on Lake Iroquois is at the heart of much of what LIA does. The association recently produced a lake shore property owner’s manual to provide direct guidance on topics like replacing a septic system, avoiding the use of phosphorus, and general land stewardship. The association also recently launched the first-ever Lake Iroquois Ice-Out Challenge. Proceeds from the challenge will promote participation in the Vermont Department of Environmental Conservation’s Lake Wise program, which works with lakeshore property owners to create landscaping that enhances shoreline protection of the lake.

The Lake Iroquois Association was founded just 14 years ago and its members have worked diligently to build it up in that time. “Because it’s all volunteers and because it’s all individuals that care about the use of the lake and care about the ecology of the lake and the health of the lake, you really would be amazed how much work twelve or thirteen volunteers do during the course of the year to build our programs,” Conant says. He also asserts that the association doesn’t do it all on its own. They work closely with the surrounding towns, the Lake Iroquois Recreation District, and the Vermont Fish & Wildlife Department.

According to the bylaws, presidents are only supposed to serve three years, but when no one volunteered last year, Conant was more than willing to continue in the role. He hopes that someone will volunteer to assume the role of president this July, and plans to continue to serve on the board.

Conant is proud of Lake Iroquois and the progress the Lake Iroquois Association has made to protect it. “I think we, as stewards of the lake, have worked really hard over the last 14 years to help promote quality ecology and make sure that the users respect their resource. A lot of people don’t even know about Lake Iroquois and I feel so fortunate to have been raised on the lake and continue to raise my kids and my grandchildren here.”