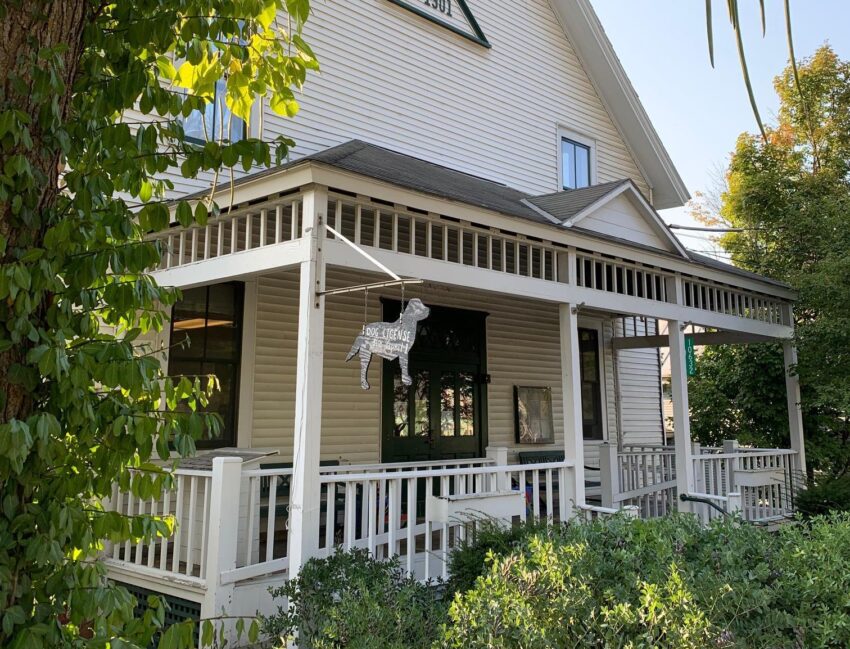 As the election in November nears, Hinesburg poll workers — veterans and relative newcomers alike — reflect on their years working at the polls, and discuss what the upcoming election will look like.

Hinesburg has one polling location, at town hall. Typically, there are about four or five poll workers working at a time, said Gill Coates, a longtime justice of the peace and poll worker interviewed for this article.

Because of COVID-19, not all those that have previously worked election day in Hinesburg will be doing the job this year, said town clerk Missy Ross. Vermont, like many states, are facing shortages of people to work at the polls — many workers are older, and worried about contracting the virus.

Each poll worker brings to the job their own unique experience and reasons for doing the work.

Gill Coates has lived on Texas Hill in Hinesburg his entire life. He has seen Hinesburg grow and change, he said. He is a CVU graduate, and spent over 35 years working at General Electric in Burlington.

Coates was elected as a Justice of the Peace in 1972, and has served on the Board of Civil Authority ever since. He is also the president of the Monkton Historical Society, and is a member of several other historical and genealogical societies.

“Growing up, I was always interested in politics. And what started me was the Kennedy election in 1960. I was in the fifth grade when that election was going on,” Coates said.

Coates has had many roles at the polls. He said he has participated in reviewing the voter checklist as part of the Board of Civil Authority, he has been a poll clerk, and he has counted votes.

Counting votes has changed significantly over the years, he said. Before machines, “the latest that I recall staying was until 3:30 in the morning,” Coates said.

Still, though, poll workers must count the write-in votes and those rejected by the machines, he said.

Because of COVID-19, Coates isn’t physically working the polls this year. He said that, this year, the Board of Civil Authority has decided that some workers can count the mail in votes early, on Monday afternoon.

Coates said that he has been feeling that it’s almost time to move on from this work. “I’ll do another term, at least,” he said.

Andrea Morgante has lived in Hinesburg since 1978. She is the owner of a landscaping company, Andrea Morgante Landscape Service. She was on the selectboard for 27 years, and has worked at the polls for about 35 years, she said, though not in elections where she was up for election or reelection.

“I’m very interested in democracy and peoples’ ability to access their rights as voters and as citizens,” Morgante said. This is why, she said, she does the job.

She, too, has worked as a ballot clerk. It is crucial, she said, that the voters say their names out loud in order to verify that they are the right person. She worked the primary in August, and this is something that COVID-19 has made even more critical.

“It’s a little difficult wearing a mask and, you know, letting people know that you were happy to see them,” she said of the primary.

She said the primary had, “a very kind of consistent flow of people, but no long lines the way that there have been in the past.” She believes this is because of mail-in ballots and people coming during the day who would have typically come after or before work.

“There’s an excitement. I would say, you know, no matter how it turns out, you know, there’s always something on the ballot, some race or some issue that you’re glad to see people participating in.” Though, she said, the poll workers strive to remain unbiased when working the polls.

“It’s just great to see people participating in the democratic process of being able to come and vote,” Morgante said.

Dotty Schnure has lived in Vermont since 1980, and in Hinesburg since 1986. She worked for many years at Green Mountain Power in corporate communications, until retiring two years ago. For the past two years, she has worked the polls.

“For years, when I go in and vote, many of the poll workers are people I know, and it always struck me that it’s an important thing that they’re doing, and would be kind of interesting and fun to do,” Schnure said.

She has worked as a ballot clerk the past few years, checking in voters and ensuring they are on the list of registered voters.

“It’s a job that has to be done carefully and accurately,” she said.

Schnure said that she particularly likes the community aspect of poll work, and being able to see members of the Hinesburg community on voting day.

“It just feels like an important thing to do,” Schnure said.

She is not, however, working at the polls this year, due to COVID-19.

“It was a very visceral sense of doing your duty. But now, going in would not have that same sense, because I would feel that I was putting other people at risk,” Schnure said.

“I’m hopeful that the vast majority of people will use [mail-in voting],” Schnure said.

She believes this to be likely because, unlike the primary, ballots are being mailed to everyone in November, even if they don’t request it.

The Community News Service is a collaboration with the University of Vermont’s Reporting & Documentary Storytelling program.