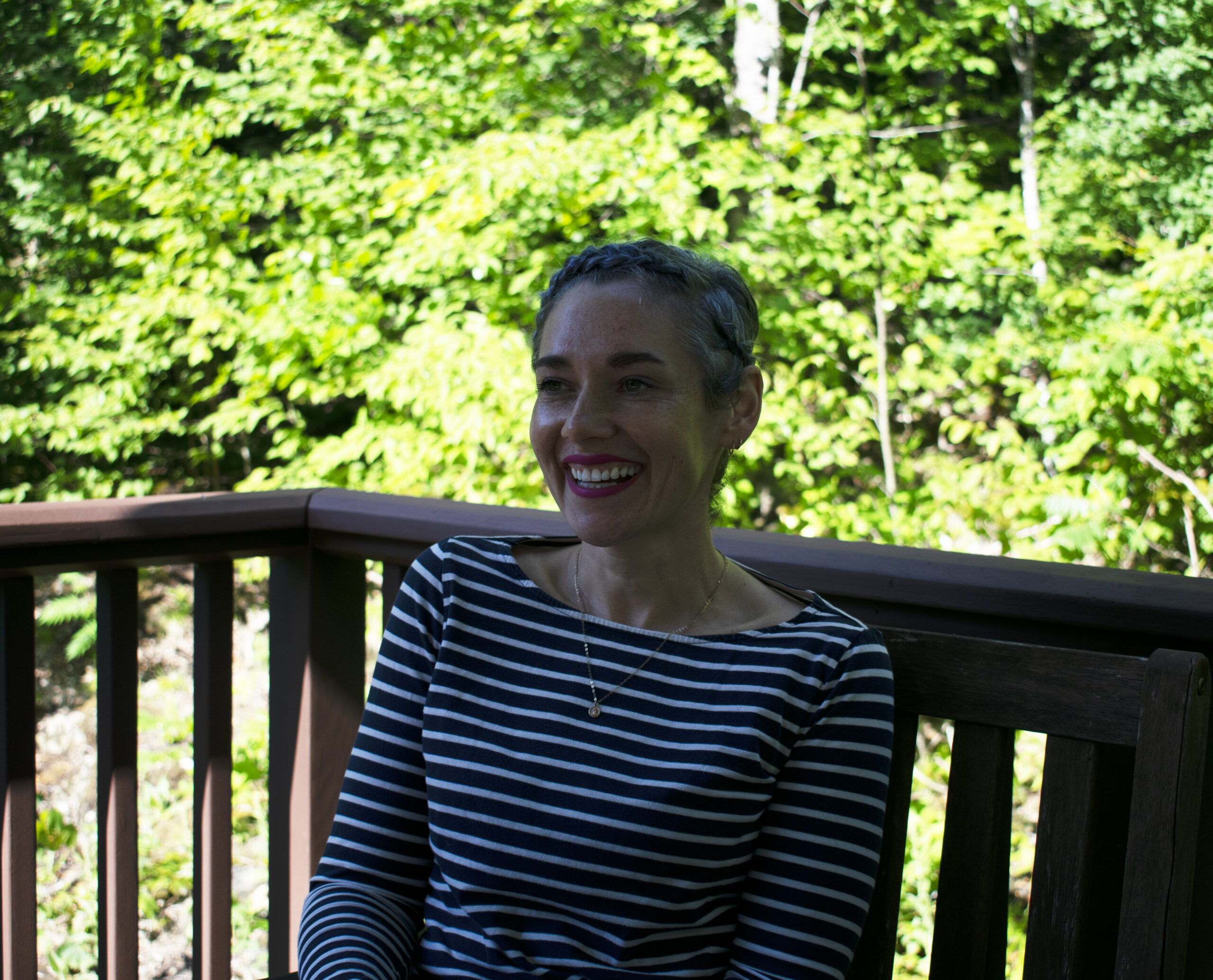 “We were just all drunk on hope; it was a very exciting time,” Meg Little Reilly said, dawning purple hair and her signature fuchsia lipstick.

Sitting on her porch petting her three legged hound dog named Georgie, Reilly reflected on the Democratic convention where President Barack Obama was nominated where her work focused on her ability to write. But, writing has always been a part of Reilly’s life, long before she landed a job in the Capitol.

“I always wrote and I wanted to be a writer. It never really occurred to me that I could be a novelist professionally. I didn’t know anybody who did creative work like that to sustain themselves,” Reilly said.

After attending the University of Vermont, Reilly began working for public radio doing production work. She went to Washington D.C. for graduate school at George Washington University and soon found herself in political advocacy. All the work she did was in writing, Reilly said, mainly working in speech writing and talking points, where she communicated with reporters.

Reilly moved on to work as Spokesperson at the U.S. Treasury for one year, which she describes as the fastest, scariest, craziest work of her life due to the economic freefall just as President Obama assumed office.

“We would sleep under our desks and close the door and cry. And it was great,” Reilly said.

In her final year working in the White House Office of Management and Budget as the Deputy Associate Director, Reilly began writing her first novel.

“I did it almost entirely in secret because it seemed like a really crazy idea. I mean, I had been a technical writer before that–writing for political communications is really different. And I knew that I had a lot to learn,” Reilly said.

Her first novel did not make it to print, but that didn’t stop Reilly from churning out three more successful novels: The Misfortunes of Family, Everything that Follows, and We are Unprepared. Reilly’s looking forward to publishing her latest novel, provisionally titled How to Be Alive. The novel, a domestic drama exploring the nuances of human relationships, contemplates isolation and loneliness and searching for connection.

Reilly manages to write novels while simultaneously working as a writer for Bennington College playing a strategy and advisory role, she said. She wakes up early in the morning to write her novels before going to Zoom calls and problem-solving for the college.

“Morning time is my writing time. I just have a clear head.” Reilly said.

In this moment, Reilly finds herself in a unique position during the pandemic as COVID-19 has had an extraordinary impact on colleges, including Bennington. It has also greatly influenced her newest novel and she anticipates, and looks forward to, a profound effect on the art that will emerge from the pandemic.

“I feel like there’s going to be a lot of interesting writing that comes out of this moment. I’m very excited to read other people’s work from being in quarantine, being away from people they love, being stuck with their own thoughts,” Reilly said.

While an in-person book tour isn’t feasible due to the ongoing pandemic, a book tour is exactly what brought Reilly and her family to Hinesburg. Three years ago, Reilly moved back to Vermont with her husband, two kids, and of course, their beloved hound Georgie. After leaving the Obama administration in 2012, they moved to Boston; however, while touring, Reilly and her husband fell in love with Vermont. Reilly grew up in Brattleboro, so Vermont, and Hinesburg in particular, meant coming home.

“This is where we want to be living. Let’s just figure out a way to live here. And it seems kind of impossible.” Reilly said.

Sure enough, they made it happen.

HEADER: MEG LITTLE REILLY ON HER PORCH IN HINESBURG. PHOTO BY OLIVIA NYE.