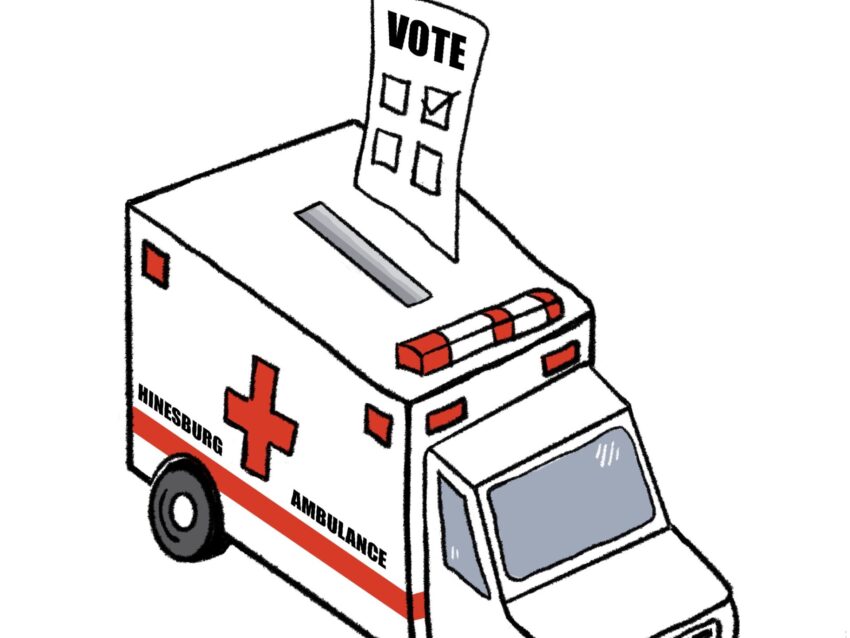 The Hinesburg town ambulance is on the ballot again this Tuesday as voters will choose whether to approve or reject the budget.

Last November, Hinesburg voted 1,911 to 1,030 to operate its own ambulance service in order to replace St. Michael’s College Rescue service, which will be discontinued July 1. The service had been running in the town since 1969.

The vote was preceded by a contentious debate over the cost of such a service, as well as the town’s capability to staff it and run it. Last October, Hinesburg resident Bill Schubart argued in a Front Porch Forum post that a town-operated service would be fiscally irresponsible and redundant.

“Does the greater Burlington area, from Milton to Richmond and Charlotte, really need ten police, fire, and rescue departments?” he wrote. He referred to the proposed service as a “duplicative investment” and suggested sharing services with neighboring towns. Schubart is a former chair of the Fletcher Allen Health Care, a 500-bed academic medical center.

However, Assistant Fire Chief Eric Spivack of the Hinesburg Fire Department recently argued that such a service was a necessity. “Everyone’s getting busier,” he said. “Another ambulance in the area will definitely help with the call volume.”

All fire, rescue and medical services for Hinesburg fall under the purview of the Fire Department.

Despite this, Spivack asked voters to consider the whole picture.

“What you have to keep in mind is that we’re going to have some offsetting revenues,” he said. “I don’t expect it to turn a profit. It might break even. It might be a slight loss, but the operating costs will be substantially covered by the billing fees.”

Spivack argued that contracting out would result in all costs and no profits.

The first Hinesburg ambulance will be donated to the town by residents Terry Wilson and Nancy Anisfield. However, a second ambulance and a new station will “[need] to be planned for in the next five years.” Estimates from last October predict a price hike to $322,306.63 in the 2026 fiscal year, with a $205.20 tax impact on a $400,000 home. The estimated cost of contracting out to Richmond would only increase slightly each year.

Spivack warned however that the point was moot.

“The townspeople have spoken,” he said. They do not want to contract out. They want their own town-operated ambulance. So that’s where we’re headed.”

In a Front Porch Forum post from February, Selectboard Chairperson Phil Pouech wrote that “the Selectboard wishes to respect the November vote. A no vote to the ambulance budget does not imply the Selectboard will automatically change course and immediately contract out ambulance transport.”

“If the ambulance budget does not pass, we must seek to understand what may have changed voters’ minds via public debate,” he wrote.

Pouech expects the budget to pass “based on the previous vote,” he said recently in an email. Though, when asked for his reaction to the November vote, he noted that voters don’t always speak up. “You can’t tell how the average person is thinking based on [Selectboard] meetings because only those who feel strongly or want to participate in meetings are heard.” he said. “The majority of people do not join in that process but will vote.”

Town Meeting Day is March 2. Voters can vote in-person at Town Hall from their cars via a drive-through system or drop off their ballots.