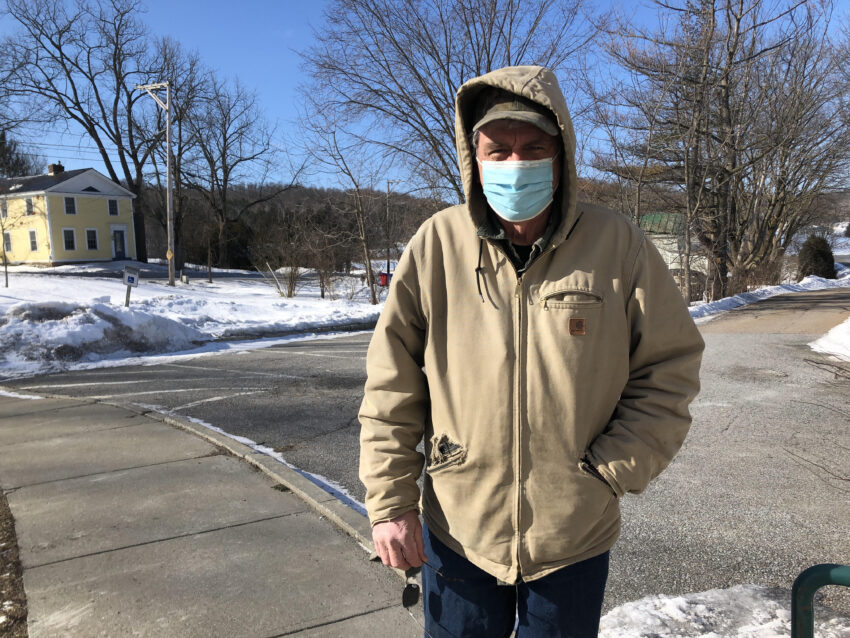 Jon Anderson, 61, works for a model parts company. Anderson is against the Hinesburg ambulance service.

He fears the long-term effects and staffing issues to come.

“I’m not sure how the budget will go,” Anderson says. “I’m just exercising my right to vote.”

Anderson has never attended Town Meeting Day in person, so this year isn’t much different for him, he said.

Nonetheless, she misses “the community aspect” she said, and the face-to-face conversations of standard Town Meetings. She also thinks the inability to amend budget articles is a negative.

Ross believes that voters are just as informed this year then they were in previous years, thanks to a virtual informational meeting Monday night.

The only thing on the Hinesburg ballot Kris Anderson feels strongly about is the ambulance service.

“I think that staffing an ambulance out here on its own is going to be really difficult,” Anderson says. “I’d rather see them do it between Richmond and Charlotte.”

Anderson thinks voting by Australian ballot is just fine. “There never seems to be a big issue in Hinesburg,” says Anderson.

72 year-old engineer Alan Norris hasn’t been to a town meeting in a while, he says.

When he lived in his hometown of Starksboro, town meetings were more active but now he considers them a dying art, he says. He likes the Australian Ballot because he believes it “gives more people the chance to have a voice.”

Chelsie Bush, 43, a self-employed metalworker living in Hinesburg, came out in the single-digit temperatures today to drop off his ballot at the town hall.

Bush feels strongly about “keeping the police budget in check,” he said. He is also interested in the budget for the new ambulance service and feels that “Hinesburg should have tried to contract with Richmond or another nearby town before deciding to run its own service.”

Although Bush believes voting by Australian ballot is the right thing to do right now, he hopes that “we can get back to how it was as soon as possible.” As a native Vermonter, Bush believes that Town Meeting Day and its debate format is really special and valuable to small towns like Hinesburg.

Six-degree temperatures and gusts of wind up to 20 mph did not stop Suzanne Lepple from showing up to Town Hall today to drop off her ballot.

The 52-year-old artist, who’s regularly attended Town Hall Meetings for “many years,” says she misses being with fellow townspeople. She says she feels less informed about the issues, due to hearing fewer viewpoints. She says she believes the Town Meeting process is important and more accessible than an informational meeting over Zoom.

Nonetheless, she “actually [likes] being able to take the ballot home,” she says. Lepple said she didn’t have strong feelings on any of the ballot issues.