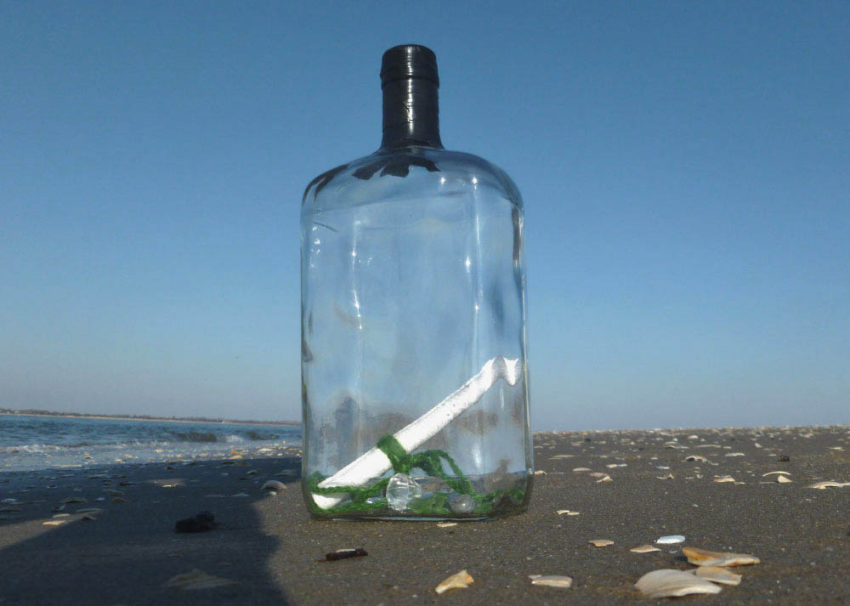 Thanksgiving weekend gives the nation good pause for the right reason and us a chance to catch our breath with family and friends, or have that last day deer hunting, unless you like to shop on Black Friday or have a favorite craft fair in mind.

Most everyone has had their day at Cape Cod, returning home to tell a beach tale or two.

However, talk of Cape Cod without a thought of the Pilgrims is like Thanksgiving without a turkey or cranberry sauce.

Cape Cod is a big place geographically with a wide swath between the north and south shores, followed by bays on the west side and a seriously exposed ocean front to the east in the thinning forearm extremity after the elbow. How one actually knows they’ve been to the Cape is uncertain. Anne thought she had been a few times. I had not until a particular weekend in November of 2012. Anne and I are typically homebodies. Mindful of heavy traffic funneling on and off the Cape in summer, we jumped at a chance for an off-season visit.

Although spur-of-the-moment, we were also acting on a long-harbored intention to visit Pam, a friend and former resident of Hinesburg. Anne and Pam bunched kids together on occasion back in the day. We arrived at the inn after hours in the dark. We let ourselves in. The old house was stately with liberalized accommodations such as a shared hall bathroom and an unexpected sky light in the top floor room, which one squinted through at a chilly Orion constellation by night or was blinded by blazing sun in the morning. Pet-friendly meant the inn had a dog walk out back. Daylight showed the inn was nicely set in from the road among oak trees, the dominant species on the Cape.

This Saturday morning, Anne and Pam planned to put plants to bed for the winter in Wellfleet. I had lighthouses on a list to see, plus a few sights, so I set off up an empty Route 6 traveling through parts of the Cape Cod National Seashore. My interest was sparked by an article in the Burlington Free Press New England Section (Aug. 7, 2010) titled “Tower Marks Mayflower’s First Landing.” The Pilgrim Monument stands at the very end of the inward-curling tip of the Cape. Built in 1907, the imposing 252-foot-high granite monument was accessible and easy to ascend.

Ramps instead of steps rose along the four inside walls. Towns of the Commonwealth of Massachusetts were represented by stone blocks set flush into the walls you walked by, each town name and charter date carved into the face of a block. If one didn’t have a handle on the panoramic lay of the land and surrounding sea, you got one at the top. I spotted a manmade dike below. Not discouraged by the caution signs, I hiked the length of the dike to gain a path to Long Point and Wood End Lighthouse locations.

A simple monument at the end rotary where I parked marked the Pilgrims’ first landing on that spot, Nov. 11, 1620. I was a day shy of the 392nd anniversary. The Mayflower sailed onto Plymouth Rock, their famed mainland location, days later. I drove out on Province Land Road to the Ranger and Old Harbor Lifesaving Station where I set out on another walk to Race Point Lighthouse, tracing the arc of a great circle all the while keeping firm sand underfoot. The sea water was really green but transparent. A throng of gannett birds on the wing folded their diving bodies into spears then dropped into the sea like arrowheads, catching schooling fish below. I had the late afternoon sun over my shoulder on the return, for which people gathered to watch at the water’s edge.

Anne and I met back at the inn. Gary had gone clamming earlier and was now shucking clams and scallops in his kitchen in Wellfleet when we arrived later. He was known to compete in the annual Wellfleet Oysterfest shucking contests. Clam chowder was simmering on the stove. Pam baked scallops and cod. The dinner complimented the day’s experiences and gave testimony to the bountiful native fisheries.

On Sunday, Nov. 11, Anne shared with me what she learned of Wellfleet the day before, a working harbor town, pointing out where the commercial shellfish patents lay off Mayo Beach. Then onto the Pilgrim Monument for my second visit, Anne’s first. Because it was Veterans Day, veterans were admitted free. On the grounds, workers were rigging strands of outdoor Christmas lights that stretched from the top of the tower to the base. Pam mentioned the annual Christmas lighting ceremony was up and coming. Next stop was Highland Light, also called Cape Cod Light.

About noon we stopped for pizza at a tidy concession. You’d think church was in service on account of the silence inside. The Patriots were playing and all eyes were glued to the flat screen. The Marconi site, famous for sending the earliest wireless messages, had a beautiful view. Anne saw gannetts and a surfacing whale following the shore line. One person commented that the whale was a shark but erroneously since our distance from the water called for the use of the binoculars in hand. Sharks had become an obsession of sorts as the unpopular protection of the growing sea lion population attracted great whites to the local waters.

We walked Marconi Beach which stretched forever without another soul or manmade structure in sight. The bluffs and beach scene resembled a conceptual illustration of the new post-Ice Age shore. Down on this sand plane with an ever slightly sloping beach, I spotted a bottle carried in on a wave of frothy water. It wasn’t your everyday bottle — tall, wide, rectangularly shaped and capped. The cap was wrapped by turns of electrical tape.

And yes, there was a message in the bottle.

A small parchment was rolled and tied with a piece of wooly green yarn.

The message read “Roses are red and violets are blue …” Besides the short poem, a family name and an address to a township south of Boston to contact, the contents also included several pieces of green beach glass, two polished stones, a musket ball for ballast, and a diamond-shaped glass bead. The electrical tape was high quality, wrapped by strong hands, suggesting the finished package was a father/daughter project.

Had I been more intuitive and less excited about finding the squeaky-clean messenger bottle, I would have hurled it back into the water immediately. As it happens, I wrote the family within three days of my intention to return the bottle to the ocean via the outgoing tide at Breezy Point, New York City. That peninsula beach community suffered flood, fire and storm surges from Hurricane Sandy just weeks prior. So, I’d soon be back on the Atlantic seaboard showing up to help out with other volunteers. Taking a minute to relaunch the message in a bottle would put it back on an unknown course as well as be a welcomed distraction (again) on my end. Reasonably the interrupted message in a bottle was first cast off by a family of Red Socks fans as I never did receive a response.

In 2012 we experienced Cape Cod, the place. I didn’t truly fathom the Pilgrim story until I read “Mayflower” by Nathaniel Philbrick in 2014. The book cover shares a rendition of William Formby Halsall’s painting of the Mayflower on her arrival in Plymouth Rock (1882). In youth we’re sort of imbued with a short version of the story; however, as in the subtitle to “Mayflower” — “A story of Courage, Community, and War” the whole story is very much every bit of that.