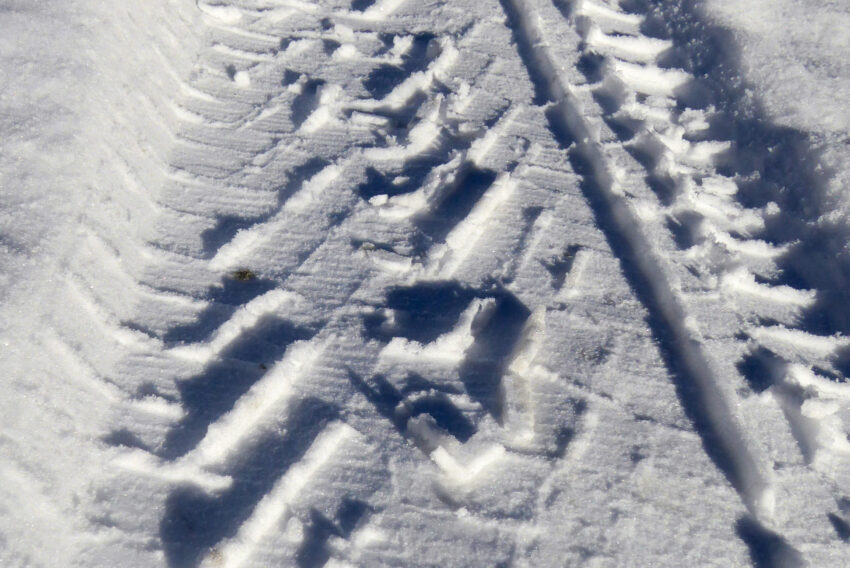 I was hurt. I always thought of him as my friend. He couldn’t stop laughing long enough to utter a word. Evidently, I had said something funny when I called him, but I had no idea what I’d said that would trigger such spasms of hysteria.

Still unsure of what triggered this loss of composure, I put the phone on speaker and set it on the table to finish my coffee while he tried to regain his composure in a flurry of uncompleted sentences. John is normally business-like and responsive. He’s always been there for me in the past: oil changes, overdue inspections, welding a tin can over the leaks in my tail pipe, or putting the inspection sticker over the ding in the windshield.

I’d only called to ask if he would put my snow tires on today. “December 11,” he finally managed through his laughter and hung up still chortling. He called later in the day to apologize and amend the tire change date to Dec. 13.

My calls to four other garages yielded either a chuckle at my naivete or a short shrift answer mentioning a December date. Not a fan of abuse, I gave up and entered Dec. 13 on my scenic calendar from the same local garage.

I moved to Vermont in 1947 and have driven cars since I was 12, legally since I was 16. Living in Morrisville, winters were harsher than they are here in the Champlain Valley — “lake effect,” I believe they call it. We routinely had snow up to the windowsills and most Februarys we got a few days of temperatures in the 28-34 below zero range. My grandfather, Clovis Couture, had the town contract to roll the backroads with his huge wooden-stave roller with a bench on top pulled by a team of horses. He had only retired his roller and invested in snow plows a few decades before I arrived in town with my mother in 1947.

Few could afford two sets of tires and most people just drove on what they had until the tires no longer had a visible tread. Safety inspections were required even in my childhood but they were more negotiable in those days. Most people used chains for serious winter driving and every car trunk had a spare tire (usually a bald one), a jack, a set of tire chains, a log chain for pulling the neighbor out of the ditch and jumper cables. There was no AAA that I recall. If one careened or spun out into a ditch or field, one called on the nearest farmer. Farmers knew that neighbors helped rather than charged their neighbors. It worked both ways then.

Cars were rear-wheel drive then and performed much better in snow and ice. Front-wheel drive became more common in the late 70s and set back winter driving considerably.

My first half-dozen cars were well-used Volkswagen Bugs that I bought for a few hundred dollars and drove into parts cars. Rear-wheel drive with the engine’s weight sitting squarely over the rear axle, they were like tractors and could go almost anywhere.

One winter I was going from Lincoln to a wedding in Waitsfield and the shortest route was the McCullough Turnpike (Route 17) over the Appalachian Gap, a challenging road in winter. The heater boxes on early VW Bugs were the first thing to rust away, so I had no heat. At the very top on the west slope is a very steep final climb that runs above a pond that locals claim is filled with wrecks. I was maybe a hundred feet from the small parking lot at the top and desperate to make it over, as the way around would have me miss the wedding and the reception. My trusty Bug began to spin and I couldn’t gain any traction on the sanded black ice.

Finally, in desperation, I got out of the car, leaving the rear wheels spinning in second gear, ran around behind and pushed it. My tires finally found some solid ground and the car continued on up the short distance to the top with me running along behind it. It nosed into a snowbank and kept spinning. I hopped in and drove down the other side and made it to the wedding just before the vows.

So how is it that after 60 years of driving in Vermont I could be so shocked and unprepared for the onset of winter? Our six cords of wood are under cover, but that’s because I’m cheap and stay a year ahead by buying green wood. It costs nothing to cure your own wood.

One would think that five months of driving on ice and snow every year would ingrain in us an understanding of how to drive in winter, but we seem to have to learn it all over again each fall.

The first snow brings on a series of fender benders, full-fledged wrecks and even some injuries.

It’s as if we have to learn to drive all over again each winter.

I can understand the UVM student from South Carolina who expressed total surprise to me when I stopped on the interstate to be sure that he and his friends were all right as they crawled out of the upside-down Jeep Cherokee in the median strip. Even I knew that when they shot by me going 60 miles an hour over black ice that they would not make the next exit. Most of us were driving slowly on the far right keeping our right tires in the snow.

“But I have studded snow tires and four-wheel drive … I thought this couldn’t happen?” the dazed student said, pulling a friend through the window. No one was hurt physically, but the driver seemed hurt at the idea that he (or his parents) had invested in a Vermont vehicle and it had let him down just when he needed it most: going to Stowe to ski for the day with his friends.

I tried to explain that ice is slippery regardless.

When you think metal studs, think ice skate blades; they make no difference. There are two ways to drive on ice, one is not to, the other is at the speed of a box turtle.

Be warned … winter is just beginning. Mark your calendar next July to get an appointment to have your snow tires mounted in late October … and remind me to do the same.