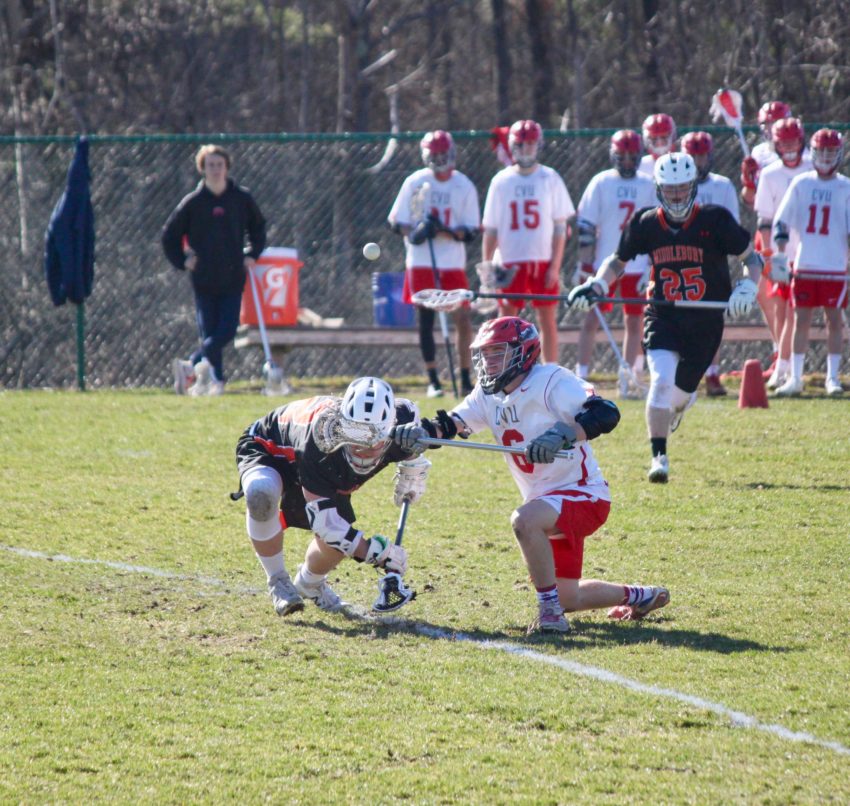 For the past six seasons, the CVU boys’ lacrosse team have won the state championships in Vermont. On Wednesday Apr. 18, the team took a step towards accomplishing their seventh title.

Earlier this year, CVU coach Dave Trevithick stated that he wants the boys to take each game in stride, instead of solely focusing on the championship, “they better not be (focused on the title),” Trevithick said. “They have a lot of work to do.” 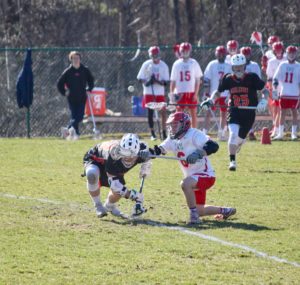 In this effort, the CVU boys defeated the Middlebury Union High School Tigers 16-8 on Wednesday afternoon.

The Redhawks gained initial possession of the ball and dominated play, leading to a 5-1 advantage at the end of the first quarter.

The Tigers picked up their energy in the second, scoring an additional three goals. However, CVU’s attack fought hard to keep their lead by out-shooting Middlebury and widening the score-gap to 8-4 at the half.

CVU dominated the second half of play, doubeling their points on the board. The Tigers were unable to match the Redhawk’s intensity for the latter half of play.

The sunny spring day ended in triumph for the Redhawks with a final score of 16-8.

CVU boys’ lacrosse will play their next game at Cape Elizabeth High School on Saturday, Apr. 19 at 11:00 a.m. 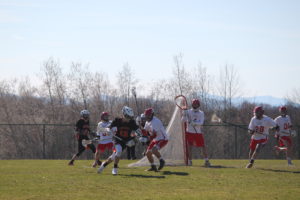